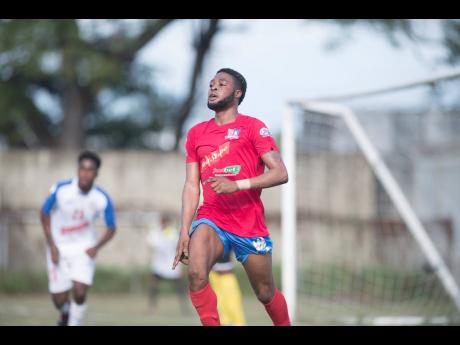 After four seasons with Dunbeholden, striker Dean-Andre Thomas says that he is ready to take the next step in his career after joining reigning National Premier League champions Portmore United.

The deal for Thomas, 24 years old, was one Portmore made in the summer transfer window with the signing of Demario Phillips, also from Dunbeholden. The two signings are expected to bolster the attacking options for Portmore United head coach Ricardo Gardner for the upcoming season.

"I already miss them, but it's a different chapter now, a chapter that I just have to take on," Thomas told STAR Sports.

Thomas is coming off his best season statistically, scoring 12 goals in 24 appearances. His contribution elevated Dunbeholden to the play-off places before the 2019-20 season was cancelled in May because of the COVID-19 pandemic.

Summarising last season's efforts, Thomas said that his maturity played a part in his improved production.

"I told them that [last season] was going to be my impact season," he said. "I'm more mature now and certain chances I got I had to put them away," he said. "I was the main target for the team and I pushed my team and worked very hard because any chances that I get, I don't want to miss them."

Already in the midst of his preparations for the start of the next campaign tentatively set for November 14, Thomas said that while the training has been the most demanding, it is something that he prefers.

"It's the first time that I am training so hard in my life," he said. "[But] for me, that is a plus towards my game because when I play, I work very hard. The training that I am getting right now, only I can fail myself."

It is because of his hard work that he is targeting no less than 20 goals for the upcoming season while at the same time helping the club to not only reach their domestic goals, but their continental ones as well.

"Portmore's aim is not just [being the best] in Jamaica. Portmore [wants] to play in the Concacaf Champions League," he said. "We are rebuilding right now so that when we go back on that level, we can compete with any team."