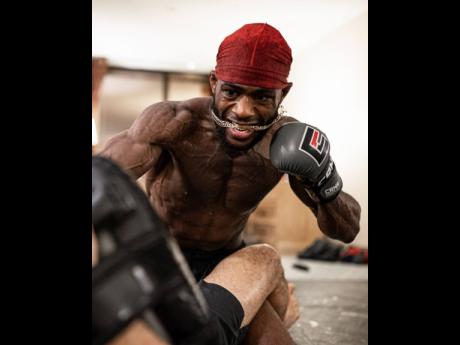 Sterling, 33, with a record of 21 victories from 24 fights, believes working on his core will be the difference between a defeat and a victory against the former two-time UFC champion, Dillishaw.

"Everything is going as planned. I'm currently doing some extra cardio, because I never usually run during my training camps at all. I've been doing some sprints, trying to channel my inner Usain Bolt, so that I have extra cardio," said Sterling.

Born to Jamaican parents, Sterling is currently on a seven-fight win streak, with his last defeat dating back to 2019, when he suffered a TKO to Marlon Moraes.

For him, the focus in his preparations is solely on being the best version of himself against Dillishaw in the octagon.

Sterling's opponent, Dillishaw, with 21 victories and four defeats, is the UFC's bantamweight record holder for most knockouts, with seven. This, according to Funk Master, makes it imperative that he remains focused as he tries to develop an impregnable all-round fighting style heading into the bout.

"There's caution going into every fight. If you don't prepare yourself and treat everybody with respect, you could find yourself waking up with the referee standing above you. The last time I did that, I had a knockout loss and I learnt a very valuable lesson, and I never did that again.

"There's nobody that fights like him. He's probably going to be the best wrestler that I've fought, but I'm very confident that my skill set against his will make it a good stylistic match," Sterling said.

According to Sterling, who will be making his third title defence, a victory against Dillishaw will solidify him as king of the bantamweight division.

"One hundred per cent. You beat TJ, you beat the guy. So that's where I'm at in my career. If I beat him, that just adds to my legacy and really cements my name as one of the greatest of all time in the bantamweight division," Sterling concluded.