My babyfather tried to rape me 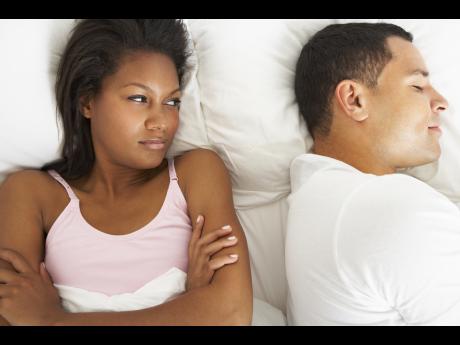 I am a regular reader of your column. I like the way you answer questions and deal with people's problem, and that is the reason why I am writing to you, to let you solve mine. I am a 25-year-old woman and I have one child, but the child is not living with me. I gave him to his father when he was one year old. His father and I were not getting along and because of the child, he used to come to my house anytime he felt like. And when I objected to that, he told me that I can't stop him from visiting his child.

This man tried to have sex with me several times after I had his baby, and I told him that I did not want to continue the relationship. One Saturday, I went to pick up the clothes, that I had on the clothes line. It was dewing and I did not want the clothes to get wet. He suddenly appeared. When I was going into the house, it was raining, and he came in behind me. My baby was sleeping. He started to flirt with me and asking me for sex, and I said no. He tried to unbutton my blouse, and I fought him off.

At the same time the phone rang, and it was one of my brothers. He heard me crying, and I told him that my child's father was here and asking me for sex, and tried to rape me. My brother told me to put him on the phone, and my brother told him some bad words. He said that I was lying on him. He said that he came to look for me and that he found me in bed with another man, and that is what causing the argument.

My brother told me to report him to the police, but I did not want him to get arrested. I told him to take the child and go. He left without the child, but came back for him the following week. I can see my child anytime I want. His mother is taking very good care of him.

Perhaps time will prove that you were correct in giving this child to his father. He was using the child as an excuse to come to your house anytime he felt like doing so. You didn't care to have a relationship with him anymore, but he was not taking no for an answer. I hope that you are prepared to take back your child at any time, if you feel like doing so.