My husband lets his mother rule him 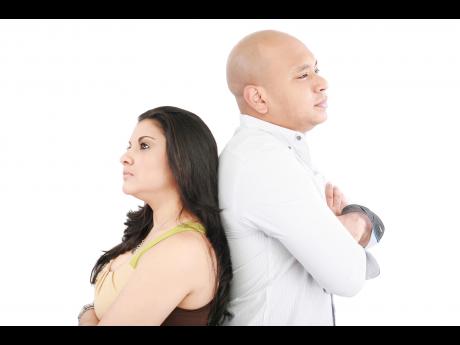 I am 25 years old, and I am living with a man who is 50 years old. We have two children together, but he has four other children.

I spoke to the mothers of these children when I met this man and he told me that he had children.

I figured that the best thing to do was to know these children and find out if they are going to school.

He told me that he had four children, but I found out that he does not have four, he has five. He does not acknowledge one of them.

I spoke to the mother of that child, and she said that she is having a very hard time.

I asked her if she would give the child to me. The child is the dead stamp of this man.

I took the child to be with us for a week, and she was very happy. She is 13, and she is bright. I am a teacher, and I am proud to have this girl with us.

Pastor, this girl is left alone at home many times at nights. That is what she told me.

I asked her where her mother goes, and she said her mother is a hustler. I told my fiancE that if we do not take the child, she may turn out to become a hustler too.

He is a builder, and we are living on our own land. I told him to add a room to the house so the girl could live with us.

He suggested it to his mother, and his mother has stopped talking to me, saying that he is allowing me to rule him.

But I cannot rule this man. He is much older than I am. I am only trying to show him the right thing to do.

Some mothers- in-law are not good, and his mother is one of them. Her son was having these women and having children, and I was the first to tell him that I could not have him come to my house if we did not know where were going.

We got this piece of land, and we built a house. I asked him when we were going to get married, and again, his mother told him that his father never married her, so he doesn't have to get married.

Right now, I am giving him another year, and if he doesn't agree to marry me, I am going to demand my money from him and move out. Then, he can go back to his mother.

Before I moved in with him, he didn't have a dime in his name. All his mother does is run up and down, talk people's business, and give people the impression that the house we built was with his own money.

There are times when a woman has to ignore her mother-in-law. You know what you have done for this man. You have brought stability into his life.

You have been good to him. You are a good woman. You could have ignored all the children he has ,but instead, you sought them out because you wanted to be sure that he is supporting them.

Your man should be proud of you, and his mother should be happy that he has a woman who is taking care of her son.

Instead, she is trying to cause mischief. Ignore her and impress upon him the need to make an addition on the house to accommodate his daughter.

But do not say anything negative about his mother. She has spoiled him, and she doesn't know better.