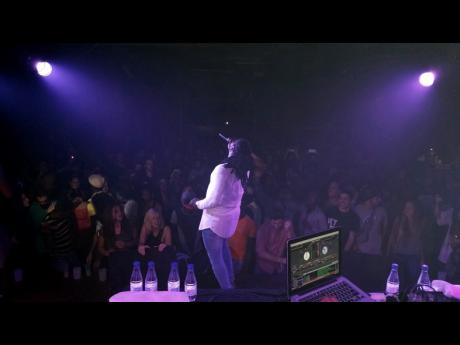 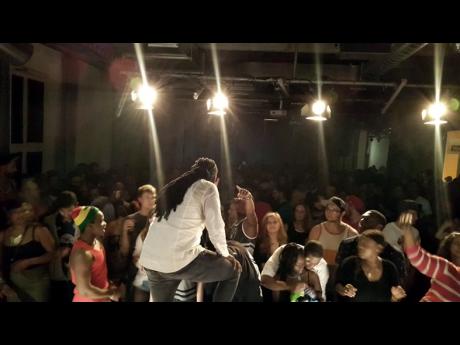 Local entertainer I-Octane has apparently been enjoying every second of his latest European tour by keeping his fans happy both on and off the stage. The Digicel-Busta brand ambassador has officially been on tour since October 9, when he kick-started his schedule with a trio of sold-out concerts that weekend.

He performed for a throng of enthusiastic fans in Paris, France, on the Friday, then went across the border to Mannheim in Germany the next day, before returning to France on Sunday for a performance at Le Satynis in Toulon.

The singer continued with a string of performances in different German cities each night between October 13 and 17. He had concerts in Osnanbruck, Nuremburg, Berlin, and Hamburg, after which he travelled to Austria, Spain, Belgium and Switzerland, where he treated fans to awesome performances.

But while he has ticked off 12 of the 19 shows on the tour already, the artiste is nowhere near ready to wind down.

"It's just more life," an ecstatic I-Octane said. "When I came to Europe in 2014, it was for the big festivals, now I am headlining concerts which give me a great opportunity to get up close with my fans. Even when we don't speak the same language, I can feel the love ... and the energy is just awesome. I had a dream of this happening in Europe, and it's a great feeling when dreams really come true."

The singer of I L.O.V.E. Y.O.U., noted in one of his Facebook posts that "Pam big son out in the world doing big things". He also said that his stamina seems to be increasing, even as the European massives get more demanding.

"Europe is not a place where you can give a 45-minute performance. Once you mention an European performance, you are talking about nothing less than two hours. So you know that we have to keep up the exercise regimen, eat right, get lots of rest and stay focused. The road is gruelling, but the enjoyment of entertaining my people and the appreciation from fans can make an eight-hour journey from one country to another feel like half an hour," said the artiste, whose Prison Life video recently had its premiere to rave reviews.

He noted that one of the greatest joys on the road was meeting up and performing alongside other Jamaican artistes.

"Sasco and I did a show in Austria on Sunday and it was siiiiick," he said of the much talked-about concert, 'Champions In Action' held at the Reigen in Vienna.

After a few days break, I-Octane resumed touring yesterday at the Deluxe Club in Munich, Germany. The curtains close on the tour on November 8 at Club Empire in Rotterdam, Netherlands.