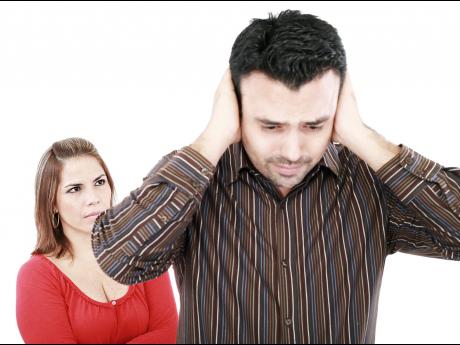 Last week I said forgiveness takes time. It seem as if a can of worms has been opened.

I approach the subject of forgiveness from the perspective of one who believes in forgiveness, but also believes that marriage should be fair and, in many cases, forgiveness seems unfair.

As you will see in my responses to the letter I have chosen, I also support compensation for some marital offences.

It should be an encouragement to those who have been feeling guilty about being unable to forgive and forget. At the same time, it should also encourage offenders.

My husband had an affair a year ago. Since then, I have not felt the same towards him because of my loss of trust.

I want to move forward in this relationship, but I'm having a difficult time forgiving him. He continues to lie to me. I'd prefer for him to be honest but, after a year of emotional turmoil, my focus has changed.

My inability to forgive is eating me up. I need to get better. I've read your columns. Last week you hit my problem. Please help.

Forgiveness is something I believe in with all my heart. I forgive others and have been forgiven many times. And as you have noticed, when you don't forgive someone, it can 'eat you up'. It's not healthy to keep resentment bottled up inside.

The majority of couples I counsel, who have been through the horror of an affair, have better marriages after the affair than before. It's because the affair jolts them into recognising the need for building an affair-proof marriage, and the safety precautions they use help them create compatibility and love. Has the offended spouse forgiven the offender in these marriages? Yes and no. So I will use maybe two or three columns to help you and others as it's not a quick fix.

First, let's try to understand what forgiveness is. One illustration is telling a person who owes you $1,000 that they won't have to pay you back. You 'forgive' the debt. In other words, forgiveness is eliminating an obligation of some sort.

We generally don't think of money when we think of forgiveness. Instead, we are concerned about the inconsiderate behaviour that has caused us great pain and suffering. Forgiveness in these situations means thinking about the person as if the offence never took place. That is extremely difficult to do. The offended spouse usually thinks, what can he or she do to make it up.

Whenever couples come for counselling, sometimes there is no willingness to compensate. They ask to be forgiven, but that doesn't mean they are remorseful, it usually means they don't want to bring up the subject.

The cheating spouse wants the pain suffered by the offended spouse to be forgotten. Similar to a $1,000 debt, they want it forgiven, and then they want to borrow another $1,000.

I'm in favour of forgiveness, in most cases, but not like this. In the case of infidelity, compensation not only helps the offended spouse overcome the resentment he or she harbours, but the right kind of compensation helps restore the relationship and prevents the painful act from being repeated.