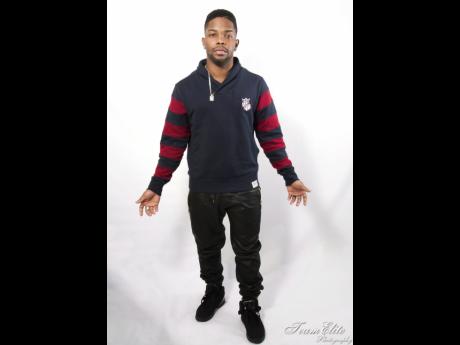 After walking away with the STAR's comedian of the year award earlier this year, popular comedian-turned-artiste Trabass has once again made headlines. This time for the open relationship he has with his wife, Deannee.

In an Instagram post Deannee said fans have been enquiring as to whether she and Trabass were swingers.

"We are what we are. LOL. We live in a world where no one is faithful these days. Someone always end up hurt. Bring that b.... home with you, lets f... her together," the post said.

She added that their relationship was rock solid because they both recognise that "sex is just sex."

"My husband know everything, who I like, who I flirt with, everything. I'm not saying do what we do 'cause it ain't for everyone. Live life to the fullest," she stated.

However, when contacted, Trabass declined to comment on the matter.

Meanwhile, immediately following the post, which garnered over a 1,000 likes and hundreds of comments, fans took to social media to give their opinions of the relationship.

"Why bother getting married? Last time I checked it was supposed to be a sacred union between a man and a woman," one user posted.

Another comment stated that if you are happily married, there would be no need for a second partner.

"In our African culture, it is normal to have many ways. Marriages nowadays are just about business," another individual posted.