Malica releases 'Apple of My Eye' 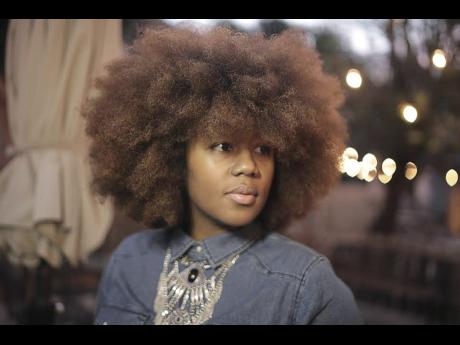 With its textured guitar strings, body-rocking drums and ear-candy lyrics, 'Apple of My Eye', the latest single from singer Malica, looks set to take her career to new heights.
Apple of My Eye was produced by Jon Jon Traxx, who has worked with the likes of rhythm and blues singers Tamia, Mary J Blige, Brandy and British soul singer, Jessie J, among others.
Malica co-wrote the song with her brother Atiba, Jeff Villanueva and Rodney Hill.
"The song is about many things. It's about balance, love, giving and hope. It's about that moment of awe when you realise that you are truly in love, that you have fallen and you don't want to get up. It's about raw vocals and an instrument blending harmoniously. It's about me and my realisation of what I am allowing myself to experience," Malica explained.
Born in New York to Jamaican parents but raised in Duhaney Park, St Andrew, Malica was the first female vocalist signed to Grammy-winning Billboard charting producer, Tony 'CD' Kelly's K-Licious Music Group.
Growing up, Malica was exposed to music from an early age, as her father owned the popular Love Vibration sound.
"We plan to start promoting this song, first in the Caribbean and the states, and then extend the promotion to overseas. We will be shooting a video ... before we release the single on 11/11. Look out for a promotion where listeners can win US$$100 and a few other gifts. Go to www.samefacemuzik.com for more information."