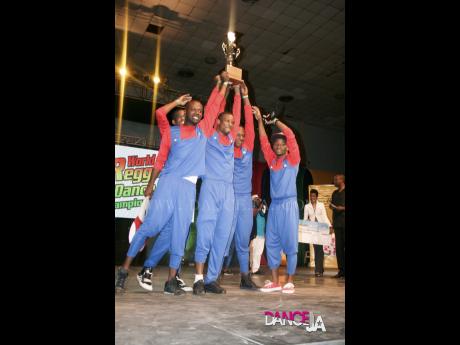 Popular dance group Shady Squad has been relatively missing from the local dance scene. However, according to founding group member Andrew 'John' Higgins, Shady Squad has travelled to over 20 countries within the last two years.

"We have been to Spain, Italy, France, America, Panama, Germany, Poland, Curacao; mi can't even list all a dem. Wi just deh ya a do the work. We also have our own video directors, and they are doing well, so the work continues," Higgins said.

The dancer says dancing represents one of the positive aspects of Jamaican culture, and the group is committed to spreading Jamaica's creativity to other places globally.

"Shady Squad believes dancing is a powerful part of our culture. We have seen it move nations of people, and it is good that Jamaica has returned to enjoying the music. Positive expression through song and dance is the channel which we use to cross over and bring aspects of Jamaica along with us," he said. "We are cultural ambassadors for Jamaica, and we teach the world about our lifestyle. We are also working on our website now, which will allow us to keep up with the social media era as well as we continue to perform at popular festivals both locally and internationally."

The group has also worked with Rihanna and are featured in Nick Cannon's upcoming Jamaican-inspired film, King of The Dancehall. They are promoting several dances, including 'Bounce and Galang', 'Nine Box Fat Gyal' and 'Watch Yu Step'.

"For the rest of 2015-16, we will be hosting a series of events locally and internationally. We have re-opened our local dance and fitness classes; we have opened our video directing and editing company; and we will also be releasing music with some of Jamaica's artistes and musicians," Higgins said.

Shady Squad is one of the most celebrated dance groups in Jamaica and has won several awards and titles in their over 10-year career.