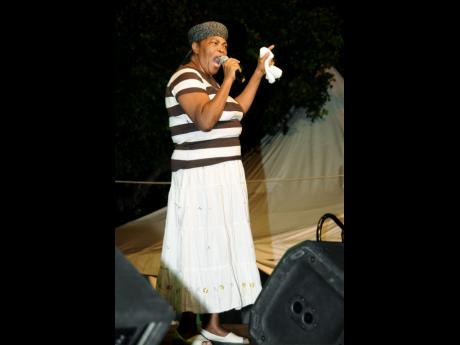 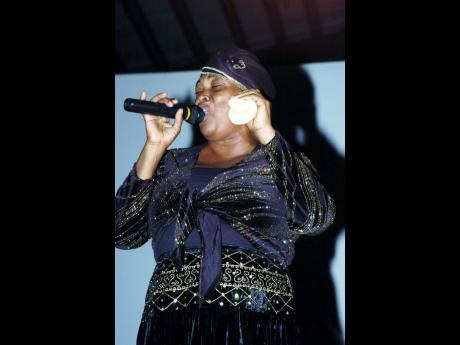 Since news of her death spread across the island yesterday, many tributes have been pouring in for gospel singer Sister Scully.

The singer, whose real name is Andrea Scully, 57, passed away on Thursday night at her home in Spanish Town, St Catherine. It is said that she was found unresponsive in her bedroom around 7 p.m. The singer is known for songs such as Hurry Up, No Other Blood and Hard Road To Travel.

After hearing of her passing, several persons from the music fraternity took to social media to express sadness at the passing of a woman many described as one of the greatest voices in local gospel music.

Among those who took to social media to share their thoughts was fellow gospel artiste DJ Nicholas.

"Sister Scully, you contributed greatly to the kingdom of God, lived your entire life ministering the gospel. Knowing this gives me comfort in your passing. My condolences to your friends and family, you will always be remembered as a legend," he said in his Facebook post.

Another gospel singer, Kevin Downswell, also posted to his timeline, commenting on the passing of his colleague.

"I'm left without words at the passing of one of my spiritual mothers in gospel music, Sister Scully," he expressed. "One of the last things she said to me was ' you are doing a good job, my son. I love you'. We will forever miss you," he said.

hard to move on

Sister Scully's passing was also felt by Sista Patt, another gospel artiste, who described the deceased singer as a friend, and expressed that moving on would be difficult. Jodi-Ann Pantry, another singer, who recently recommitted her life to Christ, also paid her respects.

But persons in the gospel fraternity were not the only ones who expressed sadness at the singer's passing, as opposition leader Andrew Holness, the Kingston and St Andrew Corporation (KSAC) and Olivia Grange, member of parliament, also paid their respects.

"Her passing is very close to home. Sister Skully was a strong member of the Gordon Pen community, in my constituency. So I have always maintained regular contact with her, and because of the close association, her passing has had an even greater impact on me. The community has indeed lost a leader, and the gospel fraternity has lost an outstanding member, one who served her country and her maker," Grange shared in a press release.