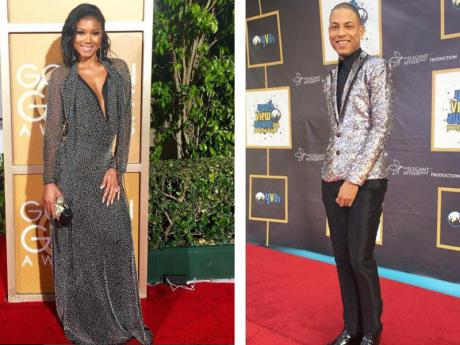 Popular American comedian and actor, Kevin Hart has always talked about his fiancée's love for her Jamaican roots and one cannot deny that truth.

His fiancée, Eniko Parrish who was born to a Jamaican mother and spends a lot of time on the island recently posted a video clip of Jamaican social media sensation Quite Perry. The post received thousands of likes and comments.

"I am DEAD! This guy is hilarious! Lmao," her post read.

While many of her followers had a hard time understanding what the Jamaican comedian was saying in the video, Parrish clearly understood.

"I ain't get it but it's sooo funny," one of her followers said.

The video is one Perry dubs the Cheaters Anthem. In the video he could be heard rapping about a mysterious, 'home wrecker'.

"Hol on deh! Afta me wash and cook and quint fi you, a who dis a talk bout she a come see you. Wid har bad face, bad shape, bad everything, weh you tek dis fah, Gully Bop and Chin?" Unfriend har, block har, delete it, before me tell you fren dem say you eat it," Perry said.