Consumers are to be blamed for loose music too – Stacious 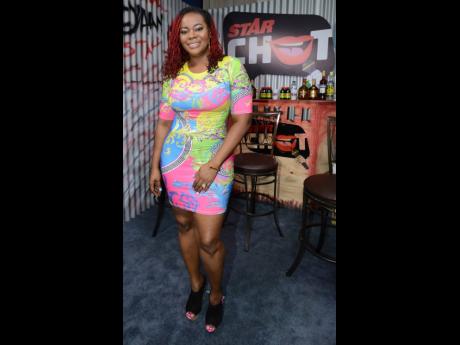 Dancehall entertainer, Stacious says consumers are to be blamed for a lot of what is happening in today’s music industry. Speaking on the most recent staging of STAR CHAT, the ‘ Come Into My Room’ singer said she has had first-hand experience on how much influence an artiste’s audience can have on the kinds of material they release.

“There are a lot of factors that go into making songs, but when it comes on to the quality of the music itself, I don’t just blame a lot of the acts, I blame you people (the consumers),” she said. “For example, as a female yuh always hear dem say, ‘If dem nah sing bout underneath dem, dem can’t sing nuh song.’ but when you do something that’s not sexually related, the amount a work weh yuh affi put in to try and promote it.”

Using her own career as a source, Stacious sought to drive home her point. She expressed that based on how she looked and how she sounded, consumers only wanted to hear a particular kind of song coming from her.

“I remember when I just came out, I always saw myself as a ‘gangstress’ weh a pree di gun ting. A pure war song me deh pan and dem (listeners) a say, ‘Oh, but yuh look so nice and yuh can sing, why don’t you soften it up?’ Den when yuh soften it up, and yuh start drop some culture, dem same one nuh care for it. Me have some songs weh me a sing bout stress and how me go chu dis, and di people dem a say, ‘but da gyal yah look good, me nuh wah hear bout dis, me wah see yuh tun round’. They don’t give you a chance to say this is me, this is the voice behind the body. It rough, man,” she expressed.

Stacious was responding to sentiments being shared about today’s music landscape. Some believe the industry has dropped its standard and as a result, the music being produced by today’s artistes not only lack creativity, but is extremely loose.

She believes that instead of throwing all the blame in the artistes’ direction, critics should assess the demand out there for certain kinds of songs as artistes are in the business of ‘supply and demand’.