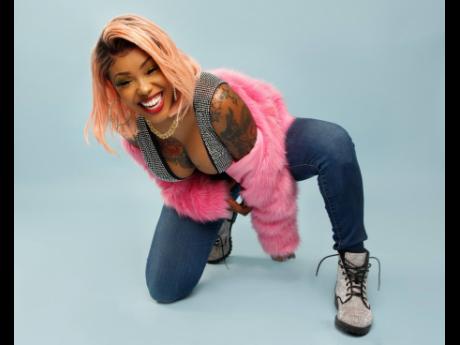 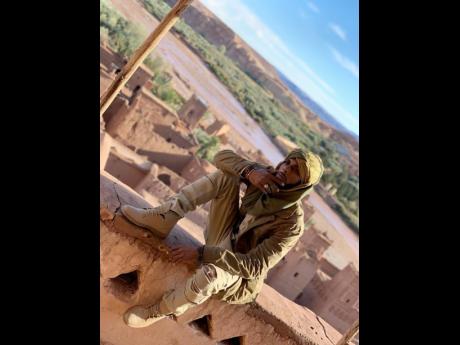 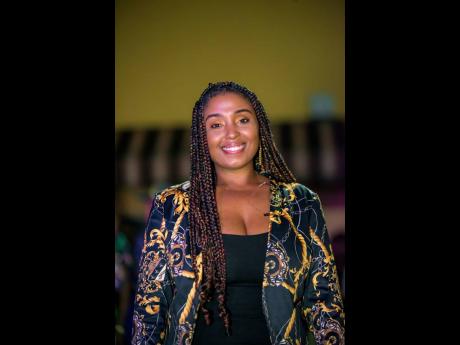 Recording artiste and producer Pinky Bling is creating a buzz with the release of her latest single Top Gyal which was produced by Knockoutt production.

The single was released in July and is distributed by VPal Music.

Though the song has only been out for a short while, it has been doing great according to the artiste.

“Honestly, I am grateful for the support I have been getting. Because of the content of the song, it has been getting heavy radio rotation … while the small video clip made of me singing the song went viral, causing everyone that has seen the video to go searching for the song online,” Said Pinky Bling.

Pinky Bling is currently working on an EP with Pink Touch Records that will incorporate producers from both Jamaica and the US.

She also just released other projects including Pink Drip and Gud Luv Hood Luv which trended on Audio Mack the first week of release.

The artiste, who is currently in the process of releasing the music video for Top Gyal, said that she wants to continue to integrate dancehall into other genres and reach out to different countries.

“My goal is to continue gaining love and loyalty from new and consistent fans from all around the world,” she said.

The single and music video have been receiving strong airplay in St Croix.

“I am grateful for the support, from being featured on the Virgin Islands’ largest news website to being featured on video shows and shared on a YouTube channel with over 300,000 subscribers. DJ’s have gravitated to the record and it is being played in Atlanta, Miami, Dubai, DC, California, and the Caribbean. Fans have also been showing love by sending in videos playing the song from as far away as Nigeria and Ethiopia,” said Prya.

The video was shot and directed by Kareem ‘The Visualant’ Lake and edited by Lee Serrant, in Atlanta, and showcases Prya’s playful side while celebrating Afro fashion with a variety of beautiful models dressed in African-inspired attire.

“I am very pleased with all the work that my team is doing right now. We are ready to break barriers, and I really appreciate the feedback from my growing fan-based worldwide. I just want to thank everyone for encouraging me to keep up the good work and keep putting out good tunes,” said Prya.

TIA pleased with the response to EP

The EP offers a fascinating mixture of responsive and reflective tracks, blend with hard-core dancehall songs, showcasing the medley and versatility of the artiste.

Black Cocoon is produced by Troyton Music and consists of eight tracks including Addicted, Longing For You ft I-Octane, Reggae Music Sweet, and Father Forgive Me featuring Pressure Busspipe.

The video for Longing For You was premiered at the launch along with a powerful performance by TIA.

Guests were also gifted with performances by artistes including I-Octane, ZJ Liquid, Mr G and D-Major.

“I am grateful for the support, this EP has the potential to make it to all the major international charts, the first week of release it hit number five on the US reggae iTunes chart, and number 21 on the Apple reggae top charts out of 194 albums. With a strong team, there is to limit to what can be achieved. I am ready to take over,” said TIA.

Confident that Black Cocoon will highlight her talent across the world, she is focusing all her efforts on promoting the EP to ensure that it achieves success.