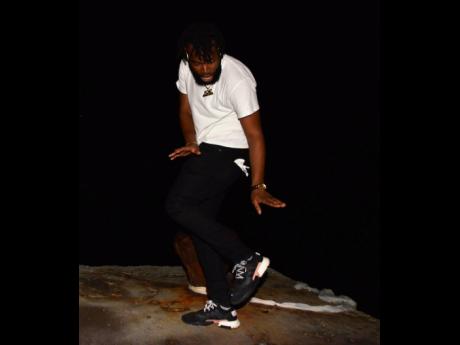 Brush 1 tries the dancing thing but admits that it is not his strong point. 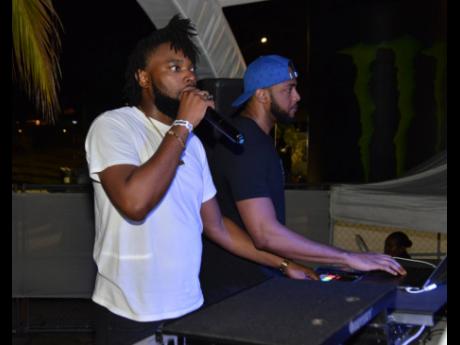 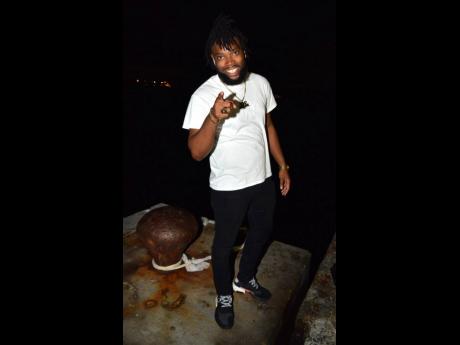 One minute you see me on a stage intro-ing a song as the MC, the next, I am on the stage like a ‘Ravers’. 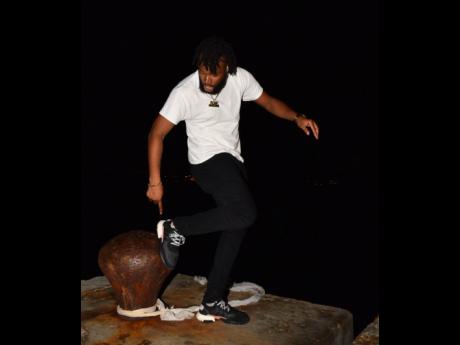 Party-goers know me have antics and that’s what makes me the life of the party. 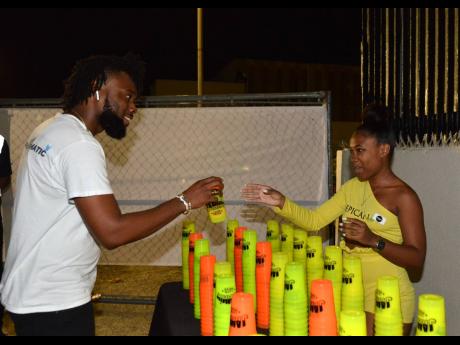 Party-goers know me have antics and that’s what makes me the life of the party.

'He is a good student but a disruptive one; him chat too much; the regular class clown'.

These were the comments primary and secondary school teachers wrote on the report cards of Romario White. He accepted it as adding to his individuality.

These days , though, he goes by the name Brush 1 and cleverly disrupts stages as a personality who favours the professional title of entertainer. In a wide-ranging Life of the Party interview with THE STAR, Brush 1 discussed his role on the popular sound Chromatic, making his debut as a recording artiste, and plans to transform the entertainment scene.

The entertainer begins the dialogue with the question, "Who is Brush 1?"

He said: "Brush 1 is a recording artiste, disc jock, master of ceremonies or emcee, entertainer extraordinaire, Mr Fantastic, the girl dem bombastic." Once there is an event with a stage, "and you put me on it, everybody is going to have a good time ... simply put, I entertain."

He also said that he could not fit in the bracket of a DJ or recording artiste because his skills spanned the diverse professions available in the music industry.

"I also produce music. One minute you see me on a stage intro-ing a song as the MC. The next, I am on the stage like a 'Ravers' or jumping into the crowd getting the people to dance. I think I am capable of doing everything under the umbrella," he said.

"And once I am out there, I keep the people dancing. How I do it is by saying 'Whoever wants to dance come to my left and right. Who nuh waan dance, give we some space."

A student of the University of Technology, pursuing a bachelors degree in communication, arts and technology, Brush 1 started to hone these crowd-puller skills on the college circuit on Transformers Sound but expressed a yearning to do more.

"There are two areas I have not got the chance to explore radio and television. I believe by attaining my degree I am one step closer to doing so ... It is geared at that," Brush 1 shared.

Meant for the role

"I always knew I was meant for this role, with a microphone in hand, talking to the masses. I love the idea of travelling, music, people and their cultures," said the Portland-born entertainer.

Whether spinning at parties or kicking back with friends, Brush 1 just cannot dodge the role of master of ceremonies, which he ultimately uses to his advantage to promote Doukie Bounce, the collaboration with artistes Kemar Highcon and Kacique, created off a dance move that will, hopefully, have a video to accompany it this year.

He not only co-wrote the song, but can do and demonstrate the four-count dance move - which can be done to almost every genre - with ease.

"I have always admired the art of dancing. From me used to tief out as a yute fi guh street dance, I found myself just a do bare routine. I was a kind of dancer, but that never work our because, in all honesty, I can't do di routine thing properly," Brush 1 said.

As for the definition of who should be considered the life of the party, Brush 1 quoted a dancehall legend.

"As Bounty Killer once said, 'I am the life of the party. Me the crowd follow'. People want to see Brush 1 creating the experience, want see him do the dance, dance with females, climb on a trussing. Partygoers know me have antics, and that's what makes me the life of the party" he said.

But aside from wearing several titles already, there are two sides to Brush 1, which he compared to Beyonce and Sasha Fierce.

"Technically, I have a split personality. When I am in the dancehall or acting as Brush 1 Chromatic, I am 'Mr Start it from intro', and in the soca world, which me nuh 'fraid fi tell people I never knew much about two years ago, I am 'The Road Marshal, marshalling the road. I try to separate both personalities" he said.

He was mentored by well-known soca disc jockey Bloodline Franco, who he says, saw that he could offer a difference to the genre.

"Somewhere along the way, I fell in love with soca. I have linked with producers like Travis World from Trinidad and Tobago and have travelled there, as well as Barbados, to learn the cultures and sounds, and up to the start of 2019, I didn't know every island has different lyrical content and sounds of soca or calypso," he admitted.

"Now, I desire to create something unique for Jamaica as someone that represents for the music of the Caribbean. 2020 is the year of dropping quality content."