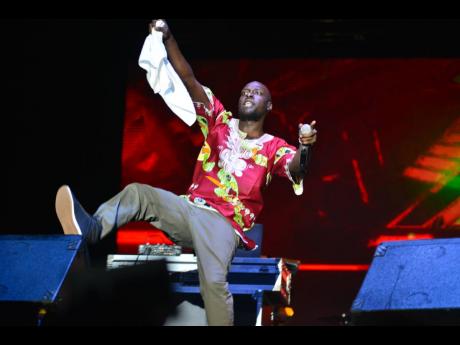 Dynamq The Sudanese child in his element at Rebel Salute. 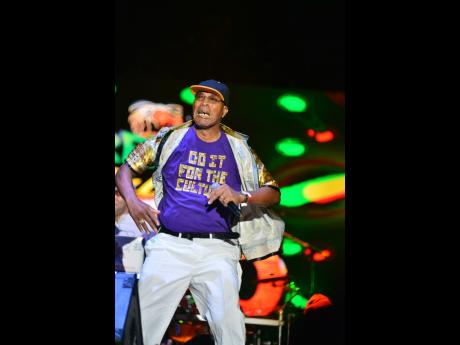 The Dubplate Display added to this year's staging of Rebel Salute turned the simplest of sound clash aficionados into the hard-balled critics of the selectors' skills participating in the segment. The selectors, Jamaica's veteran sound system owner Jack Scorpio and Dynamq Sound from South Sudan, paid no attention to that. Skipping the vote for the winner, they gave each other the lion paw greeting as a sign of respect.

"I didn't want a vote because I have so much respect for Father Jack. A lot of young people, they fight for that title, to be the one to say 'I killed Jack Scorpio and I am the winner'. Even though I got the better of him, it would be a big disrespect to the legendary elder," Dynamq told The STAR.

"The people are the true winners. They enjoyed themselves and that is what I came here for. I wanted to be part of Rebel Salute and give the people something that they can remember - the voting thing can always be left to them to decide in their minds, we are here to entertain the people."

Born by the River Nile, Dynamq Sound often joked about transforming into a ferocious crocodile on stage, earning him the alias, 'The River Nile Crocodile' and while he was fierce in his delivery, he said that he was also educating himself.

He said: "There is no clash culture in South Sudan. I have the only sound system and we are still learning and growing. I have some youths on the sound but they not really ready yet and I am praying it will be soon because I need the help."

He added: "All that running up and down on that stage, it takes a lot of energy, but you know you have to do it solo until you find somebody to give you the right hand," he continued.

He revealed that Rebel Salute has educated him in the art of performing and also drew his attention to the way persons performed alone and with other entertainers.

"I used to watch the videos of Rebel Salute performances on VHS, videocassette players and more recently YouTube. Tony [Rebel], my friend, he always asked, 'Are you ready, it's Jack.' I even went in my African mode ... the crocodile is coming for Jack!" he exclaimed.

Going back to the lessons, he shared,"If you notice, at the clash you have to find the right person to mix for you, because Jack's son who played for him was messing up and I use it as a card to draw him out, which kind of got the crowd on my side. I am happy to have been here and for my first time see so much, because whatever it is I want my name to be there, in the reggae world."