Mr Peppa gets his ‘Money Up’ 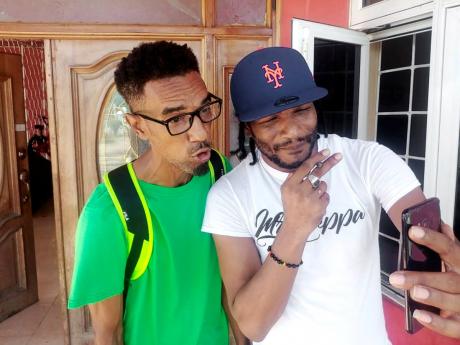 Dancehall deejay Mr Peppa, who scored a major hit with Talk more than a decade ago, has been creating a buzz with his latest release, " Money Up".

The single has been added to the playlist of several radio stations and has been popping up on dancehall mixtapes all over the island.

"I wouldn't call it a comeback," said Mr Peppa. " Money Up and another single, Boast, are both playing on the radio, and the EP is being released this month. It's a great look."

"I'm excited about where I am in my career. The last few years, I was voicing and doing my thing ,but we're in an environment nowadays where everyone asks, 'What have you done lately and who have you done it with?' I don't watch that. Presently, I'm stable; that's what's important," he said.

Vivian Thomas, CEO of Push A Yute Inc, helped Mr Peppa to craft his updated sound, which, he believes, can appeal to millenials.

"Mr Peppa is going through a rebranding. This project is a brand new opportunity to show his fans that he is a lot more versatile. He showed on this EP that he can raise the bar and come up with witty, catchy lines; deep, sometimes introspective lyrics; a lot of young people can relate to this EP," Thomas said. He added that every track is based on a real life conversation.

"It was a very organic process. It was just great chemistry; the immediacy, we lived in the moment to make it work. I have been a fan for over a decade, so I realised that Mr Peppa had never fully exploited his skill set, so this was a real opportunity to make a great body of work, and we did it," Thomas said.