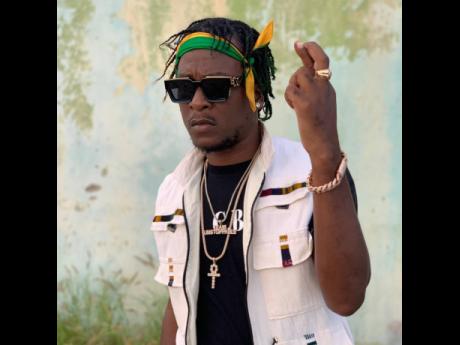 Slated for a January 22 release, the track is done by artiste Charly Black.

"The track is about Charly having an ex-girlfriend who still wants to make love to him, so she stalks him by keeping up with his Instagram posts. She loves him so much that she's willing to split up his current relationship and get him back," Steel Chest said.

The accompanying music video, which will also be released on January 22, has already been sparking interest, with the 30-second teaser being posted to YouTube. Shot at Sweet Escape in Black River, St Elizabeth, the video was done by Ramalo Turner of Saii Media.

"My expectation for this track is for it to be the biggest hit for me in 2021. I expect this riddim to be one of 2021's top riddims, attracting local and international giants in the business," said the producer. "This is my first time working with the diamond-selling artiste. The link was made with Charly Black when he visited my studio to do some work with an artiste by the name of Leetal, and from there we made the link."

Based in Mandeville, Manchester, Outta Space Records was established in 2012. Since then, Steel Chest, given name Sanjay Norman, has released various singles featuring artistes such as Tahshiie, Spooky Don and AceGawd. More music is in the pipeline, including other tracks on the same rhythm as X-Girlfriend.

"What's next for me is more success, working with young talent and established artistes. In the next two years, Steel Chest will be a legend in the music industry, both locally and internationally," the producer added.