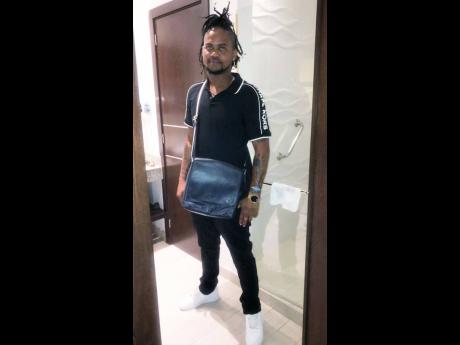 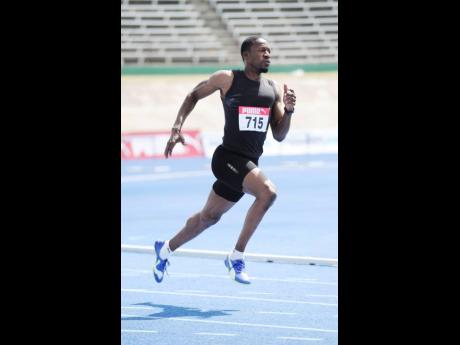 Olympic hurdler Danny McFarlane is looking to stamp his class among a different group of competitors as he looks to enter the music industry as an artiste manager.

Already he has his sights set on up-and-coming artiste Intresttt, 29, from Portmore, St Catherine. McFarlane said the two met through Intresttt's mother, Mertlyn McFarlane, who sent his song R.I.P Bruk Life to him.

"When I listen to it, it gave me an energy and I said people need this. Him mother have my last name, too, and so dat did make me even more drawn to them because I am thinking we might be family, and so I said, 'You know what, let me see what I can do to help'," McFarlane told THE STAR. "This was maybe two months ago and so the partnership is fresh. Him say him nuh really signed to anyone and him been really trying hard since 2017. I am now jumping in play because I like his vibe. I don't want to put any labels on it (the partnership) that could prevent anyone who comes along and wants to help him in certain ways, but right now I am going to be investing in his talent and pushing his music."

McFarlane says he will be using his connections and ideas to ensure Intresttt gets a fair shot in the industry. "I have never managed anyone before, but I always loved the idea of helping the right persons in music, people who are going to uplift their community and their country," he said. "I love entertainment. I love the environment and I want to get more involved."

Intresttt told THE STAR that he is very grateful for the opportunity to work with McFarlane. The artiste, given name Davion Bent, said that he has faith in the Olympian.

"This music business wicked certain ways because fi fund everything cost a dollar. A just the dedication and the belief weh mi have inna mi self a carry me chu same way and we do we likkle work pan the side. So when we earn a dollar, we just put it inna the music and invest inna we self," he said. "It's a good feeling to know yuh have someone out there who reach out to yuh and believe inna your talent as much as you. This is more than a plus for me and I trust him more than 1,000 per cent because a energy mi work wid innu and dat right wid him. Weh me know me can teach him bout the business and the two a we can find out different things together. Sports and music run the same way if yuh look at it, connections run both industry."

McFarlane believes that despite not having a music background, he thinks he can bring something to the entertainment world.

"We have knowledge on how to win and be successful. Yuh don't have to be in the music field long to do it well, yuh just affi have a winning mindset," he said.