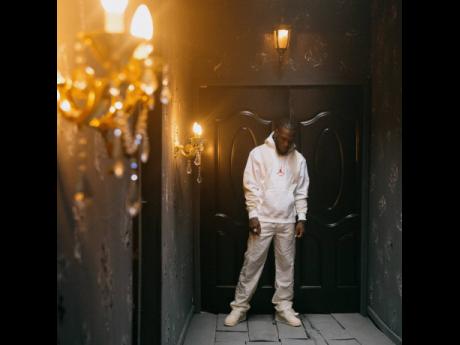 After much speculation, it has been confirmed that Grammy Award-winning Afrofusion star Burna Boy is set to bring his 'Love Damini' tour to Jamaica at the National Stadium.

Sharon Burke of Solid Agency/Burke Bodley Ltd, posted a press release to social media on Thursday with details of Burna Boy's performances in the Caribbean next month.

Burna Boy Live - the Concert Experience takes place in Trinidad and Tobago, Antigua and Barbuda and Jamaica, on December 16, 17 and 18 respectively. He will be the first African artiste to ever headline a stadium in these Caribbean islands.

No deatails are forthcoming at this time about any other artistes on the line-up.

Following his recent Grammy nomination for Best Global Music Album for Love Damini and Best Global Music Performance for Last Last, the African Giant singer continues to take the world by storm with his world tour and the Caribbean islands have not been left out.

Damini Ebunoluwa Ogulu, Burna Boy's given name, is a Nigerian singer, songwriter and record producer. He rose to stardom in 2012 after releasing Like to Party, the lead single from his debut studio album, L.I.F.E (2013). In 2017, he signed with Bad Habit/Atlantic Records in the US and Warner Music Group internationally.

His third studio album, Outside, marked his major label debut.

In 2019, he won Best International Act at the 2019 BET Awards, and was announced as an Apple Music Up Next artiste. His fourth studio album, African Giant, was released in July 2019 and won Album of the Year at the 2019 All Africa Music Awards and was nominated for a Best World Music Album at the 62nd Annual Grammy Awards. He was awarded the African Artiste of the year at the 2020 VGMA's.

In July 2022, Burna Boy released his sixth studio album, Love, Damini which also became the highest debut of an African album on Billboard, the Netherlands, the United Kingdom and France.

In October, Burna Boy was given the award of Member of the Order of the Federal Republic for his achievements in music.

Burna Boy's concert in Jamaica is being hosted by Duke Concept, a world leading brand in the African and Caribbean entertainment atmosphere which has hosted events in major venues across the globe, most especially in North America; Fete Kingdom and Show Entertainment, an Antigua-based entertainment, promotions, and event management company with a focus on producing international casted events and festivals; and Solid Agency Company/Burke Bodley Ltd, a team which has more than three decades of experience in the entertainment and media industries.