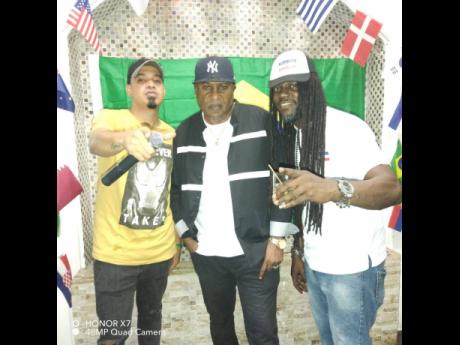 He recently returned to Jamaica after a fact-finding trip to Panama to build greater synergies between dancehall artistes in both countries.

"I visited a few clubs just to get a look of how the selectors play and I was so amazed to see the patrons dancing just like how we Jamaicans dance. They dance in harmony with the sound of the riddim even though many don't understand the lyrics. They love the real, authentic old school dancehall riddims over there in the streets, and you could hear taxis playing dancehall mixtapes like DJ Kenny mix. Dancehall is big over there," Lammie said.

Throwback dancehall rhythms such as 'Pepperseed' and 'Stalag' that ruled the dancehall as much as 40 years ago still hold sway in Panama.

"There's just something about reggae and dancehall that I just couldn't find in any other genre," said the 35-year-old Kingston Crew sound selector DJ Bless, who grew up in the sound system culture in Panama.

Stampede, who has helped promote the songs of hardcore dancehall acts as well as artistes from the Caribbean and Africa, believes that an opportunity exists for great collaborations between the two countries.

To this end, he will be promoting emerging Panamanian talent Lyz Martin, who sings in both Spanish and English on dancehall and reggae tracks.

Stampede is scheduled to make similar trips to Costa Rica, Colombia, and Honduras in early December.