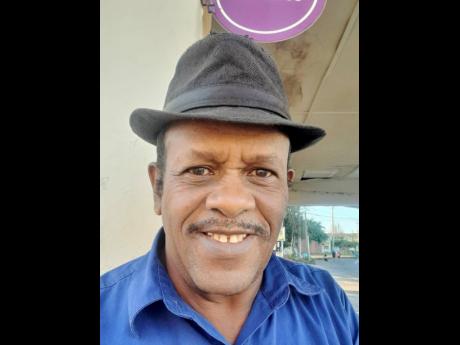 Boasting names like Captain Speggie, Professor Swine and Dr Jucki Jucki, and dressed to impress in their matching bell foot pants, sports jackets, inner shirts and big heel shoes, the Cartoon Brothers Dance Group made a name for themselves performing across Jamaica.

"Bunny Hewitt formed the group and invited me to join. I was like a dancing machine ... the people said it was like I didn't have any bones in my body," Robert Sergeant, aka Dr Jucki Jucki, told THE STAR.

Sergeant, who has been in the entertainment business for 48 years, could easily spend the entire day reminiscing about the "good ol' days" when the group used to tour with singer Clancy Eccles and deliver "total packages which consisted of drama, comedy and impersonation".

The Cartoon Brothers, so named because their dances depicted cartoon characters such as Scooby Doo, Popeye and Pink Panther, disbanded in the '80s, after winning several medals and certificates at the annual Jamaica Cultural Development Commission competitions. Sergeant moved on to focus on a multi-layered solo career.

"I am an MC and I also do a lot of cabaret. I started the annual Robert Sergeant and Friends charity concert in Manchester where I am from," he shared, adding that although he has released a few singles, his debut album is still in the works.

Having opened shows for acts such as Jerry Butler, Chuck Jackson, Calypso Rose, Beres Hammond, Leroy Sibbles, George Nooks and Beenie Man, Sergeant said his greatest experience was performing on 52 shows in 52 districts in Manchester for Carifesta between July 6 and August 6, 1976.

Admitting that the pandemic had slowed his pace and seen his regular gig at Lover's Leap providing live entertainment twice monthly put on hold, Sergeant is making his post-pandemic comeback with a bang.

He is one of the featured artistes on the Stars 'R' Us concert this Saturday at the Ranny Williams Centre in St Andrew.

"I am looking forward to this live performance ... it's going to be great. This time around I have two harmony singers, so I have stepped up my game. The rehearsals at Springvale was excellent. I am happy to be sharing stage with Jamaica's finest," Sergeant said enthusiastically.