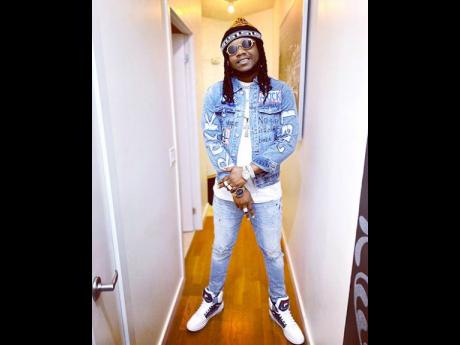 High off the Grammy Award-nomination of DJ Khaled's God Did album, recording engineer and producer PantaSon is looking to share some of his blessings with the launch of his 'Big Up God' Foundation.

Self-proclaimed 'dubplate legend', PantaSon has garnered international success through working with top acts such as French Montana, Aidonia, Beenie Man, Skillibeng and Teejay. PantaSon told THE STAR that some of his collaborators have pledged to donate to the foundation's first campaign called 'Dub for Charity'.

"I am grateful for all my accomplishments so far and I feel this is just the beginning. It feels like a blessing to be part of the nominated project, but also to have been able to work with DJ Khaled for the past three years as well. I believe in sharing my blessings and I urge my colleagues to do the same. The 'Dub For Charity' campaign is a way for me to challenge celebrities to give back to their passion, music," he said.

"The name of the foundation itself, outside of being something I always say, is for spiritual inspiration and that is me bringing spirituality to the dancehall," the music executive continued.

God Did picked up nominations for Song of the Year, Best Rap Song, Best Rap Performance and the nomination for Best Rap Album. PantaSon, given name Taj-Vaughn Johnson, is the son of legendary selector Pink Panther Di General. He expressed gratitude to his dad and role model, and also shared that an ultimate goal of his "is just to make him proud of me, anything else that comes after is a bonus".

He started his career under the same brand as his father, as a dubplate agent, and eventually established his own sound system, PantaSon Movement. He also has an Internet radio and video production company. Describing 2022 as an eye-opening year, PantaSon said that he is grateful to be alive and to be able to give back. Through the foundation, PantaSon plans to advocate for funding for educational music programmes in Jamaica, focusing on underserved communities and schools. He also intends to support meaningful transformational music grants.

"The aim is to donate to at least 14 schools," he said, noting that it will begin next month, with the issuing of cash donations of up to $100,000 to the music departments of several primary and secondary schools across the 14 parishes of Jamaica.

"The celebrities I will partner with can select the schools they want to give back to. Some will choose their alma mater while others will choose schools that are in dire need of musical equipment," PantaSon continued.

Skeng said he was donating because he knew how it felt to not have help, while Masicka said that students should be educated in an area that has contributed to the growth of Jamaica, that includes lessons in how to use musical instruments.