Tilibop building up to album launch 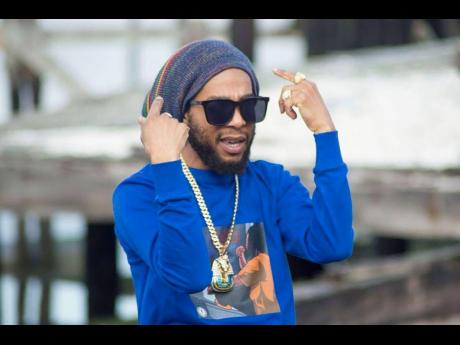 Reggae artiste Tilibop is amping up promotions towards the official launch of his I Am Reggae album with a series of pre-launch live appearances in New York and New Jersey over the next three weeks.

"This album is an instrument for social change and reggae is really vibrant now in New York. The reggae community has really responded well to the album. We have vinyls of the album for sale, and thumb drives, hoodies, T-shirts and other merchandising," Tilibop said.

He will be performing at Footprints on December 7 in Brooklyn, New York. He will complete his tri-state run with performances at the Shrine in Harlem, also in New York, on December 8, and the Multiverse Studio in E. Orange, New Jersey, on December 17.

"Live reggae music is back in New York, the people dem hungry for the message," he said.

I Am Reggae is Tilibop's 11-track debut album. It will be officially released on January 1, and features songs such as Pirate, Psalms, All That and Promise.

The artiste - whose given name is Marvin Amos - gained an appreciation for music as a young child from St Mary. He grew up in August Town, St Andrew, and later attended Mona High School where he began to impress his peers with his vocal skills, before launching out with his brand of positive reggae music. He migrated to the US in 2016.

He came to national prominence with the single Two O Clock a few years ago before finding an even bigger audience with his 2020 song All That.

His other songs include Neva Book Fi It featuring Beenie Man, and Naomi Campbell featuring Konshens.