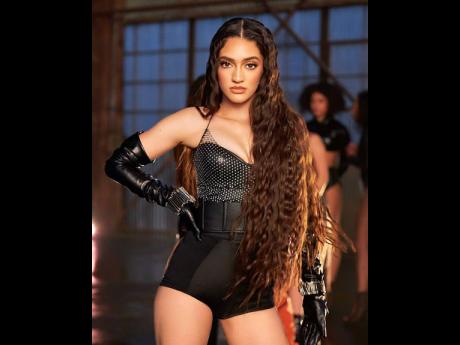 International dancehall pop star Samantha J is aiming to continue her trend of churning out platinum hits following the release of her buzzing new single, Push Ya Luck.

Best known for her 2013 hit single, Tight Skirt, the singjay says the new song is both catchy and relatable, and could be one of her biggest records to date.

"This song is one of my favourites because it speaks to obstacles that I have experienced both in the music industry and my life. I think many people will be able to relate," Samantha J said.

"It has a hit song feel to me, so I hope the fans see it the same way," she added.

The St Ann native, who rose to international stardom while still in her teens, has been kept busy touring the world and recording for several top-flight producers. She has been noticeably absent from the scene in recent times, but said she deliberately stayed away from the limelight to focus on her family.

"Being in front the cameras, live on stage or spending sleepless nights in the studio can be quite exhausting, not to mention being away from your family, and I am a family-oriented person. So I just want fans to know that I was just resting and bonding with my family, but now it's full force to the No. 1 spot on every chart," stated Samantha J.