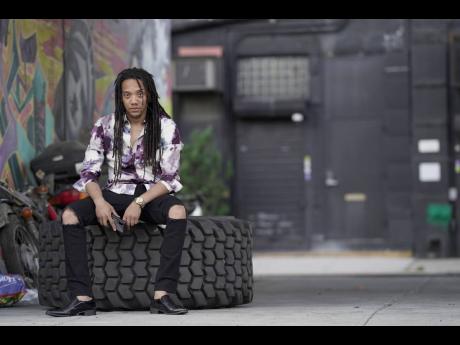 Dancehall artiste Jason-X-Turn is generating a lot of heat with his latest single, Grabba Wid the Raw, which was released in November.

"The feedback has been very positive and the inspiration behind it was to shake up the game a little. It's been a while since a narrative was told in music form. So it's a modern storytelling technique that we were able to bring the concept to reality through Tony Benzz Records, who produced the track," said the artiste.

Born and raised in Seaview Gardens in St Andrew, the artiste, given name Jason Anderson, attended Camperdown High School in east Kingston, where he began to experiment with music. He migrated to the US before he turned 18 and attended Mt Vernon High School in New York. He explained his stage name.

"'X-turn' means 'my turn' in a third person view, which is a way of showing confidence in one's self," he explained.

He needs all that confidence if he is to live up to the legacy of Seaview Gardens, which has built up a reputation for producing great artistes like Shabba Ranks, Bounty Killer, Dexta Daps, Harry Toddler and Elephant Man.

"Being from Seaview, music finds you before you find it, because the influence is all around," he said.

Jason-X-Turn started his musical journey in 2012 with the release of a song called Go Hard. He has been honing his talents and now believes he is on the verge of a major breakthrough.

"Nicki Minaj went on Instagram and raved about Lisa's 16 bars, and those were all my words. It feels great when a superstar like that acknowledges your work. I know that there are more opportunities like that on the horizon. Part of my future plans is to make a gateway for artistes overseas and leave an everlasting mark on the business," he said.

Jason-X-Turn is also working on his debut six-track EP, X-Turn is now.