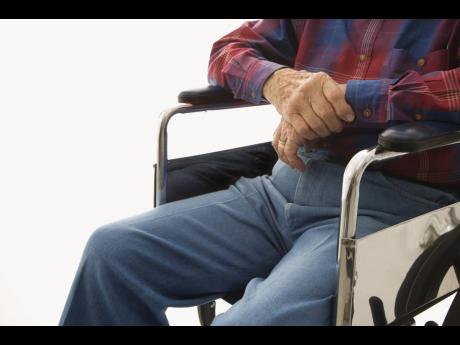 Two elderly men who allegedly inflicted wounds on each other during a fight earlier this year were freed of the charges in the St James Parish Court last Thursday, after they both decided to discontinue the case.

Osbourne Kellier and Vansy Watson were in a cross-case in which they were charged with unlawful wounding, committed against each other.

It is alleged that the two men got into a dispute which escalated into a fight, and during the fracas, they inflicted wounds on each other.

On a previous court date, it had been disclosed that Kellier and Watson went to mediation to settle their differences, but the mediation session was unsuccessful.

But during Thursday's court sitting, both told Judge Sandria Wong-Small that they had decided not to continue their respective cases against each other.

"Have you settled your differences?" Wong-Small asked the men.

"How did you settle it?" Wong-Small wanted to know.

"We talked about the situation and we decide not to go any further," Kellier explained, an answer to which Watson gave confirmation moments later.

Following this disclosure, the prosecution offered no further evidence against the two men and they were allowed to leave the courtroom.