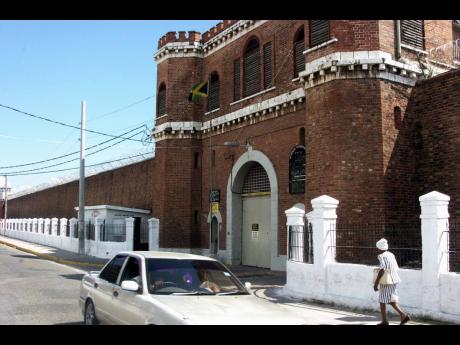 A St James man, who reportedly threatened to kill another person during a confrontation was lucky to get off with only a $2,000 fine and a warning when he appeared in the St James Parish Court last Wednesday.

A 19-year-old man pleaded guilty to the charge of threatening to commit murder when he appeared before presiding parish judge Kacia Grant. The allegations surrounding his arrest were not outlined.

"Sir, we take these things seriously. People don't take these things lightly," Grant told the young man sternly. "I'm worried about you young people, as you have no vision. In the Bible it says that where there's no vision the people perish."

The young man then became the subject of laughter from the courtroom as Grant quizzed him on his occupation.

"What kind of work do you do?" asked Grant.

"No, they just run in the yard. Do you feed them?" Grant asked sarcastically, as chuckles echoed across the courtroom.

"You need a work, sir. If you follow on your current path, you're getting a first-class ticket to prison," the judge added as she ordered him to pay a fine of $2,000 or spend five days in prison.