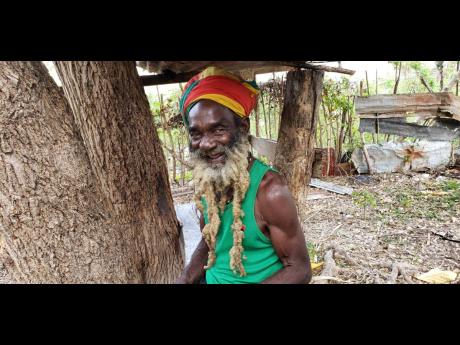 Casley Clarke enjoyed the days when Seedy Laing ran through his yard. 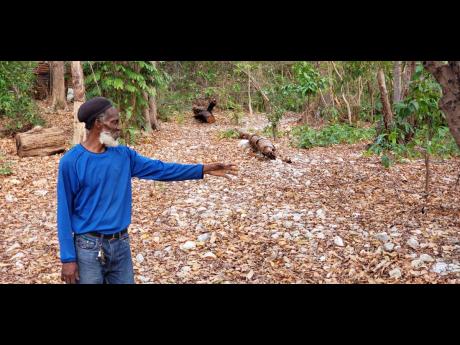 Casley Clarke enjoyed the days when Seedy Laing ran through his yard.
1
2
3

It has been three years since residents of Hampstead in St Thomas have seen the Seedy Laing River. Known for its beautiful clear waters, this beloved untamed watercourse served as one of the main sources of community engagement and entertainment. Its banks are no stranger to cookouts, dances and parties, or just a friendly gathering as residents congregate to wash clothes, bathe or chill.

Hamstead resident Paul Kenton, whose yard is often badly flooded by Seedy Laing River, said Seedy Laing springs from underground, near the root of a cotton tree, and carried with it a bountiful offering of water, especially after periods of rainfall. Though not a constant feature in the community, the Seedy Laing, which is believed to be named after a former resident of the community whose property it flows through, would often be around for months before it is dried.

He explained that though the community does not depend on water from the popular spring for daily use, residents make the best of it domestically, whenever it does flow.

"We get water in our pipes from a National Water Commission pump, but when river come down a joy fi people guh round deh guh bathe and wash. We all drink it too, because when yuh see how it a spring up from the cotton tree root, how it clear, clean and cool man, yuh affi tek a drink. It's very refreshing," he said.

But more than anything else, the river a we source of entertainment. It just have an entertaining vibe.

All when it come in the summer, the little pickney dem, as dem wake dem wan to guh river. All likkle baby want to learn fi swim. Who naw flick, a somersault ... Dem only want fi get a one bag juice and something fi eat and yuh nuh see dem back for the rest of the day," Kenton laughed.

Seconding his account was Casley Clarke who told THE STAR that he has been living in the community for nearly 30 years and Seedy Laing River, until recently, was a regular feature of his life.

"When yuh see Seedy (River) show up man is the talk of the town. I can just walk out my door into a cool pool of water ... wash mi face, hands and foot. As Paul seh, nobody nuh have to wonder where them children deh when river come down. Sometimes the people dem pack up stone and mek some small pool weh nuh deep. And when the children go round there from in the morning, if you as the parent don't guh fi dem, all night dem round deh, enuh," Clarke said.

"When the water a run, people come from all bout come bathe and all dem things, so sometimes dem play dem music and keep party and people a bathe and cook and just enjoy life. So when it dry like now, everything just lock down. Is just the drought mek the water naw run right through mi yard now," Clarke said in a rather depressing tone.