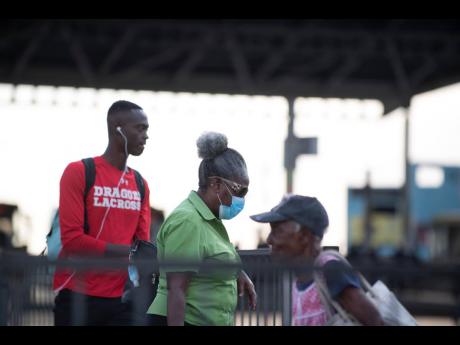 A elderly woman is seen exiting the Half Way Tree Transport Centre on Tuesday wearing a face mask. As of yesterday, public sector workers that are 65 and older are being asked to work from home were possible and all senior citizens 75 and older are required to stay home, one of several measures implemented by the Government in the fight against COVID-19. 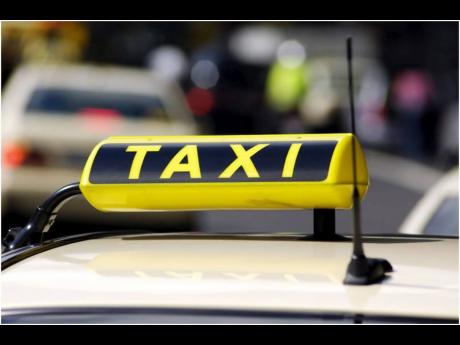 Dean Martin and Michael Smith, who operate for privately owned taxi services, said that they are based in the Mona area, and the majority of their clients attend The University of the West Indies (UWI) and University of Technology (UTech).

They were among of group of taxi men who had parked their vehicles in an open lot in Mona, discussing their situation and awaiting passengers.

"Most a me client dem foreign-based suh dem fly out and other locals gone back a them parish. Me based in a Mona so me carry mostly UWI and UTech people. This lockdown touch we wicked. If me use to carry 10 people fi di day a three me a carry now," Martin said. "The students dem prefer to use we because dem nuh trust the route taxi man dem. The foreign students hear stories about Jamaican public taxi man dem a rob and rape kids so dem scared."

In press conference held March 12, Prime Minister Andrew Holness announced that all schools should be closed for an initial 14 days, effective March 13, in an effort to contain the novel coronavirus (COVID-19).

On Monday, the closure was extended until after the Easter term.

In order to deter huge gatherings on campus, local students were asked to go home, and the international students who were unable to go back to their countries have remained on hall.

"Right now, me just waan this ting yah fi over because if UWI and UTech did open me would a get more work. Most a fi we work come from there but nuh school cyah gwan so it put a big dent in a fi we hustling," Smith told THE STAR.

As the men continue to engage in heated conversation about COVID-19, Martin said that the students' safety comes first.

"So it's better if them stay in," he said. "We affi try be safe same way and just work with the programme. At the end of the day, we nuh gi nobody nuttin fi put dung so anything you earn, you affi give thanks and try make we self all right."