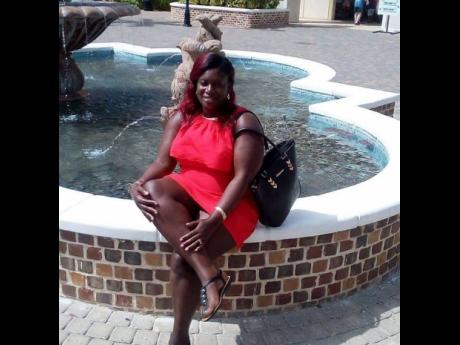 A St Ann woman who was burned in a fire allegedly set by her husband on August 1, succumbed to her injuries yesterday.

The family of 31-year old Racquel Rattray is now overcome with grief. The incident took place at the couple's Seville Settlement home.

"From it happen all now my father don't talk to how him stress out, and my mother stress out because we can't believe," said Yanique Gordon, sister of the deceased.

She added: "What happened a puzzle everybody because we don't know of them in any conflict or nothing like that. Them a nuh couple that fight or at them one another. You never see one without the next. Everywhere is both of them; they live loving."

Reports are that Rattray and her husband had a disagreement, allegedly about monies raised from a shop opening.

Her husband then allegedly poured gasolene into the shop , and in a bid to stop him, Rattray went inside, after which he allegedly set the shop ablaze and locked her inside.

Residents reportedly called the police and fire brigade. Cooling-down operations were then carried out and Rattray was found among the rubble. She was then taken to hospital.

The husband was taken into custody, however, his identity is being withheld pending further investigations.

The couple, who had been married for three years, shared three children. Rattray, however, has an older daughter, who has already suffered trauma.

"The 14-year-old's father died in 2018 in a motor vehicle accident. So now she don't have any parents at all so she nuh in this world right now. The younger ones they don't realise what is happening. Them know say them mommy gone but them understand so they think their mommy soon come," said Gordon.

She told THE STAR that her younger brother also suffered injuries in the fire, as he attempted to rescue Rattray.

"He tried to kick the door open when he saw what was happening and he said a fridge explode and blast him. Right now we have to stay strong for my little brother because he is in the hospital and he doesn't know that Racquel died and we can't tell him. Him goodly take it too heart. Every day him cry same way," said Gordon.

She said Rattray did not deserve such a fate as she lived a peaceful life.

"She (Rattray) shouldn't go like this because she was friendly and get along with people me don't know her and nobody in a no conflicts; she is no troublemaker," said Gordon.