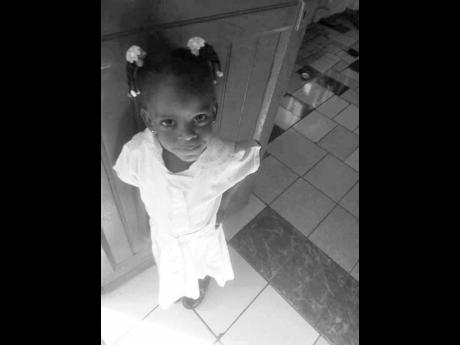 Eight-year-old Jovannah Thomas was the most gleeful and active child in her household, her mother Sherian Henry told THE STAR.

However, that would have changed within the space of a week, as Jovannah's hips are not functioning well due to low blood circulation in the area resulting from sickle cell.

Jovannah was diagnosed with the disease when she was eight months old and has been living off medication since. Two weeks ago, her condition worsened and she was rushed to the hospital.

"She started complaining that she feeling serious pain in her hip section and she never cry about that before," Henry, 29, told THE STAR. "She was admitted for a week and when it was almost time for her to come home, the doctor called to tell me that her hip got damaged by the sickle cell, because enough oxygen not going to area, so the red blood cells in that area died."

The Cassia Park, St Andrew resident said she was told that she needs to get her daughter a hip brace, valued at J$330,000, for her to have a chance to move around again.

"Right now she in bed because the hips are not strong for her to stand up, so I really need to get her the brace; but I'm not in a position to afford it," said Henry. "Right now she need some diapers because she can't move around, and I don't even have the money to purchase any. It is rough on me."

The single mother of four was once employed at a bar but lost her job last December due to the restrictions brought on by the COVID-19 pandemic.

"All the money that I had saved, I used it up for food and for Jovannah's medical bills and I don't have any help at all. Her father is still alive, but he doesn't know how she survive," she said. "Some friends will help me with foodstuff but with medication, it's hard. Maybe that's why she even get so sick, because I couldn't afford the medication."

Henry said it has also been a horrendous time for Jovannah, as she is not used to being stuck in bed.

"Sometimes she cry because she want to go play, but she can't, and all the other kids are running around. The only thing that keeps her company now is her tablet," Henry said. "It pains me so much, and I just really want my daughter to have a normal life."