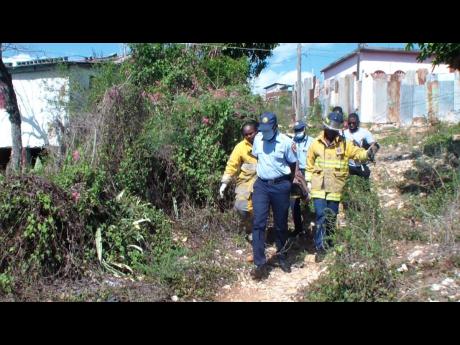 Rescuers transport a 66-year-old man from a hole where he was found in Jones Avenue, Spanish Town, St Catherine, yesterday. 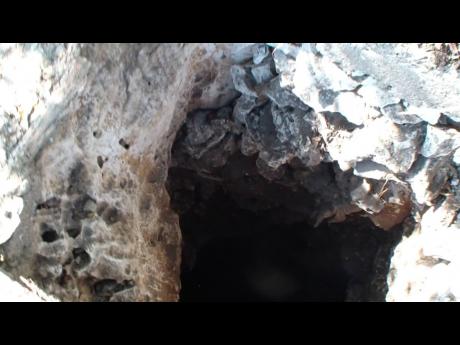 The entrance to the hole in which an elderly man was dumped and left for dead.
1
2

A 66-year-old man was rescued from a 55-foot deep hole in the Jones Avenue area of Spanish Town, St Catherine, yesterday morning.

The man, who lives in Portmore in the parish, was robbed of his Nissan AD Wagon and cash last Thursday night after he went to the Jones Ave area of Spanish Town to conduct business. He was then dumped into the hole, but was rescued by members of the police and fire services.

He has since been admitted to hospital, having suffered broken bones. He was also dehydrated when found.

Head of the St Catherine North police, Senior Superintendent Howard Chambers, said the police, having received certain information, went to the area to make checks. He said it is unclear if the man was the target of any extortion scheme.

"We are unable to make a determination at this point whether this incident is linked to any extortion scheme, however, we are doing some active canvassing to get a true picture of how the incident transpired," Chambers said.

Dennis Lyon, acting senior superintendent in charge of the St Catherine Fire Brigade, said 17 firefighters responded to the scene where they carried out what he described as a delicate extraction.

"We lowered one firefighter into the pit, which was over 55 feet deep. He found the gentleman lying down under another section. The firefighter had to retrieve him and then tie the rope around him to get him to the surface," Lyon revealed.

THE STAR understands that a mattress was seen near the pit, where a man, who appeared to be tasked with guarding the pit, was lying on. He reportedly ran from the scene when the police approached.