Arnett intend to end 2018 with win 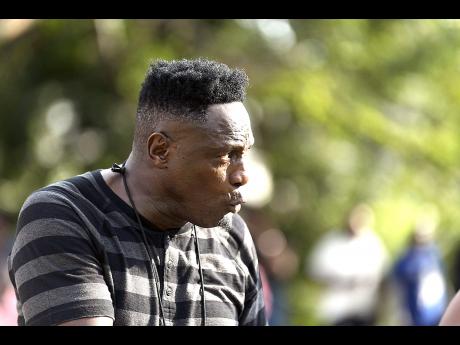 Jerome Waite, head coach of Arnett Gardens FC, said his team is pumped up for Monday night's Red Stripe Premier League encounter against bottom-place Dunbeholden FC, as they seek to end the year on a high.

Arnett, who are currently fourth in the standings on 27 points, are coming off a 1-1 draw away to FC Reno last Sunday. They were scheduled to play west Kingston rivals Tivoli Gardens on Wednesday at the Edward Seaga Complex, but the game was postponed because of the ongoing match officials' strike.

The Junglists are winless in their last two games and are desperate to secure a win over Dunbeholden, who are at the bottom of the standings with 13 points.

"It is the final game of the year, and it's a game that we are looking forward to because we want to end the year on high," said Waite.

"It is a game that will close off the year, so everybody is upbeat and ready to go," he said.

"The objective is not to underestimate the Dunbeholden team, because they have been carving out points here and there, so it is not to become complacent, but we just need to go out there and do what is best to make the difference," Waite said.

The veteran coach added that the performance of his team has been up and down so far this season, but he is hoping that they will get it right going into the new year.

"It (performance) could have been better, because throughout this round, we have only lost one game of six, but one of the things that is eluding us is chances in front of goal. It's something that we have to continue working on going forward," he said.