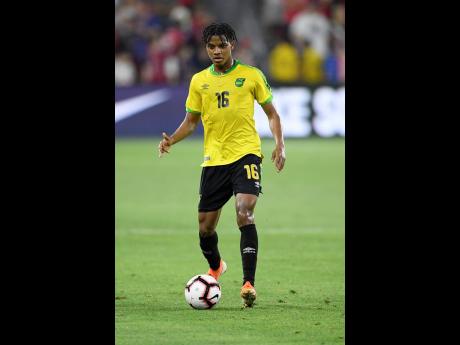 Jamaican international Peter-Lee Vassell will be playing his football away from Los Angeles for the foreseeable future after he joined Arizona-based outfit Phoenix Rising FC on loan. The agreement was confirmed yesterday by Phoenix, with the player up for selection as early as today.

Vassell will be moving away from his parent club Los Angeles FC (LAFC) who currently sit atop of the Major League Soccer (MLS) Western Conference table. Since being drafted by the club earlier this year, the midfielder has made six appearances for the league leaders - with four of those being from off the bench.

The 21-year-old should be expected to get more playing time for Phoenix Rising, where he will be donning the number eight jersey, which he swapped for the number 11 he wore at LAFC.

Vassell will be joining fellow compatriots Junior Flemmings, Kevon Lambert, Jason Johnson, and Ramone Howell as the contingent of Jamaican players that are contracted at Phoenix. Howell, however, has been sent on loan to FC Tucson, an affiliate club of Phoenix.

Phoenix Rising FC has also been enjoying a good run of form lately with a 14 league game win streak under their belt currently. The team sit atop the USL Western Conference table with 50 points from 22 matches played; six points clear from the chasing pack.

The former Cornwall College standout made his international debut for Jamaica back in March 2018 and has made 13 appearances for the Reggae Boyz to date while scoring five goals and bagging four assists. He is expected to make his debut for Phoenix today against Reno 1868 who sit second in the USL table.