Bloomfield happy to be at Worlds after ‘weird’ season 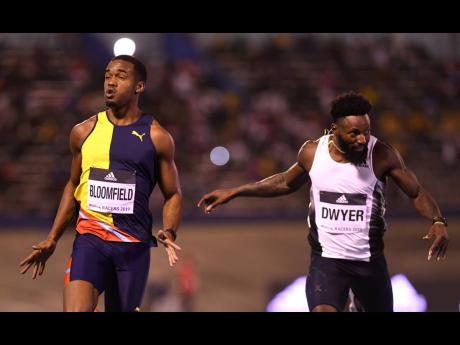 Bloomfield celebrates after winning the the men’s 200m ahead of Rasheed Dwyer at the 2019 Racers Grand Prix. 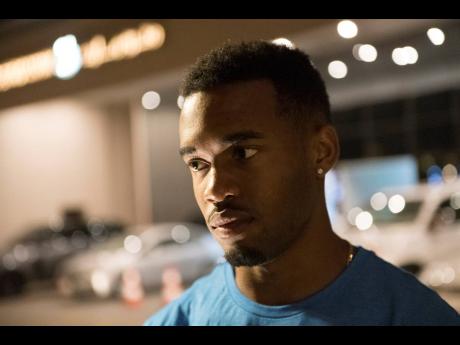 Akeem Bloomfield talks with the Gleaner outside The Curve Hotel in Doha, Qatar, where the Jamaican team is based ahead of the start of the 2019 World Athletics Championships on Friday.
1
2

Jamaican sprinter Akeem Bloomfield yesterday told STAR Sports that dealing with possibly missing out on the 2019 World Championships after his disaster at Trials was a real challenge for him.

Bloomfield, who competed in the 200m at the National Senior Championships, where he finished fifth and failed to book an automatic spot, is entered in the 400m at the World Championships, after leading all Jamaicans this season in that event, with a best of 44.40 seconds. It helped also that some of those who finished in qualifying spots, did not have the IAAF's stipulated qualifying time to compete at the championships.

The Florida-based sprinter explained the rationale behind him running the 200m at Trials in the first place and shared the mental challenge of dealing with the possibility of missing out on a dream of his.

"It's been a very weird season," said Bloomfield.

"I went to Racers Grand Prix and I was successful there and the guys that finished in the top places at Trials finished behind me at the Racers Grand Prix (in the 200m), so I thought that I could be successful (in the event at Trials)," Bloomfield continued. "I went to the Trials and got a cramp in my calf and it was all downhill from there for me."

"It's each athlete's dream to compete at the World championships ... Not finishing in the top three was a big challenge for me, but I managed to move past it. I sat with my coach and we discussed it, we kept going for the rest of the season and now we are here and I am very happy about that," added Bloomfield, who is also listed as a reserve for the 200m.

"I am pretty excited, this is a big milestone in my career, my first senior championships. I am just looking to give my best, compete hard and see where the chips fall," Bloomfield shared. "It's the best guys in the world, what can I really say. I'll be competing against the best, it's just to show now that I am also one of the best. I am looking to put my best foot forward."