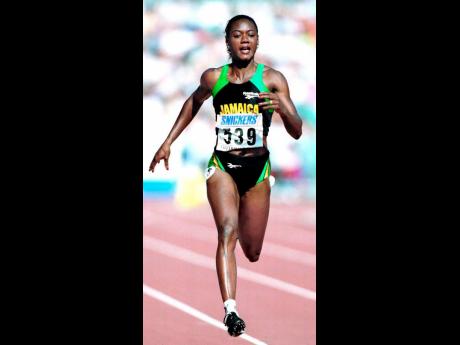 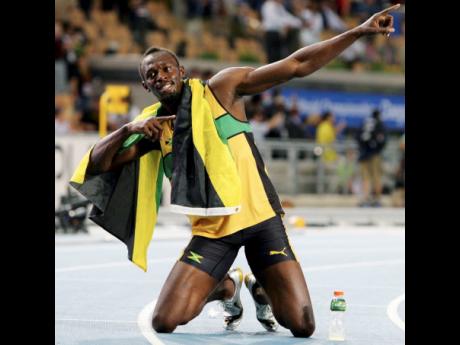 For the first time since 2003, Usain Bolt won't compete at a World Championships when the 17th staging takes place in Doha, Qatar, from September 27 to October 6.

However, just like his legendary compatriot Merlene Ottey, Bolt is still a lofty target for the athletes of the world. The Jamaican pair top the tables for the most individual medals won at the track and field showcase.

Starting with a 200m silver he earned in 2007, the tall Jamaican won nine individual medals in a World Championship career that ended with his retirement in 2017. On this compilation, he leads British distance runner Mo Farah, who has eight, American sprinter and long jumper Carl Lewis, Kenyan steeplechase hero Ezekiel Kemboi, and Ethiopian distance king Haile Gebrselassie, who all have seven medals.

One medal behind that group is a trio with six medals each. Among them is Ukrainian pole vault icon Sergey Bubka, who won six gold medals in one event. That's unparalleled.

Bolt won three gold medals in the 100m and four in the 200m. He was at his brilliant best in 2009, when he set world records of 9.58 and 19.19 seconds in those respective distances. Two years later, he anchored Jamaica to a world record time of 37.04 seconds in the men's 4x100m relay in Daegu, South Korea. Though Jamaica went faster at the 2012 Olympics, the 37.04 is still the World Championships meet record.

Ottey has two gold medals in her individual haul of 10, three clear of fellow Jamaican Veronica Campbell-Brown and American Allyson Felix. Tirunesh Dibaba, Ethiopia's long distance ace, and the American sprinter and hurdler Gail Devers come next on this list with six medals each.

When relays are computed, Felix heads all World Championships winners with 16 medals overall. Bolt and Ottey are tied forever on 14. Campbell-Brown, Lewis and 400m runner LaShawn Merritt are the only other athletes in double figures, with medal totals of 11 for the Jamaican, and 10 for Lewis and Merritt, respectively.

In Doha, Felix and Shelly-Ann Fraser-Pryce of Jamaica could force the record keepers to do some editing. Felix is there as part of the USA women's 4x400m relay team and could add to her World Championship medal collection. Fraser-Pryce is there too, and if she wins medals in the 100m, 200m and 4x100m, her grand total would move to 11.

The self-styled 'MommyRocket' has already won four individual World Championship gold medals, three in the 100m and one in the 200m in Moscow 2013.