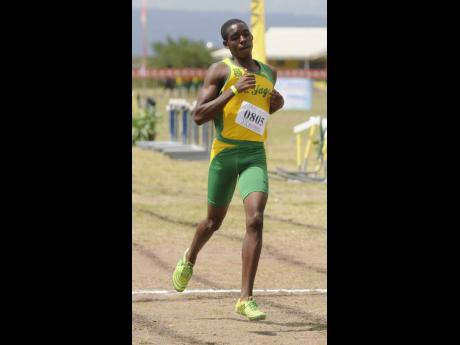 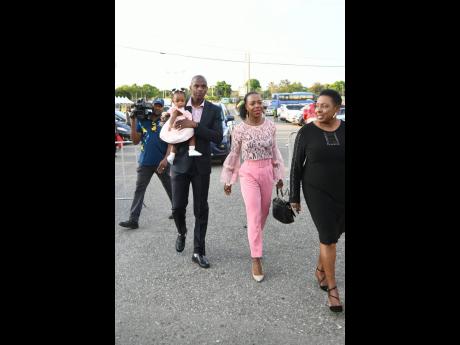 Veronican Campbell-Brown (right) walks to Statue Park for the unveiling of her statue with husband Omar and daughter Avianna on October 20, 2019.
1
2

L ast week, two-time Olympic 200 metre winner Veronica Campbell-Brown announced her intent to race for a place on a sixth consecutive Jamaican Olymp ic track and field team. If the possibilities click into place, VCB could be accompanied by her little brother Sean Bailey, a 400 metre runner at the University of Texas, El Paso. Bailey wasn't far from making the trip to the recent World Championships in Doha but now his focus is squarely on Tokyo, host city of next year's Olympics.

Felled by injury in the final of the 400 at the National Senior Championships on June 23, the 22-year-old is looking good in background training. "Unfortunately, because of the injury, he missed it but he's doing good now, he's back training, in great shape," said 1996 and 2004 Olympic finalist Davian Clarke, who coaches Bailey at El Paso. "I wanted him to go to the World Championships because they had two relays. I thought he could help Jamaica in the other, but he wanted to focus and just get ready for 2020 and get ready for the Olympics."

At the Trials in Kingston, the 2017 and 2018 US junior college champion won his heat and placed a comfortable third behind national record holder Rusheen McDonald and eventual winner Demish Gaye with a 45.42 run in the semi-final.

Bailey had a taste of international competition in 2016, when he helped Jamaica to win the bronze medal in the 4x400 at the World Under-20 Championships. Inspired by his big sister VCB, the St Jago High School and Western Texas College graduate is hoping for more. "I have big shoes to fill," he said admiringly to the EL PASO TIMES this March. "It was awesome seeing her compete. I'd get nervous like her, watching her with all my family on TV. We talk every week. She tells me to make sure I stay healthy and the times will come. She motivates me to make sure I keep up on what I need to do."