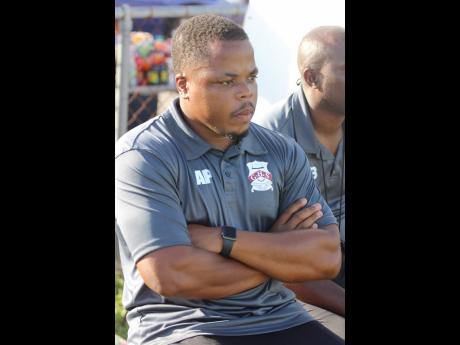 Three-time daCosta Cup champions Glenmuir has found a new lease on life under new coach Andrew Peart as they seek to make their mark this season, with the ISSA/daCosta Cup schoolboy football competition entering the business end.

The final set of preliminary round matches will be played today ahead of the start of the play-off round and many die-hard Clarendon fans would hastily remember the Jackie Walters coaching era in the mid-2000s. Then, Glenmuir secured six titles under the wily veteran, including the schoolboy triple in 2004.

While it took Walters just two seasons to secure the first title, Peart is not perturbed or even pressured about Glenmuir's current success.

"The first objective we set at the start was to qualify for the next round, which we have not done since 2018, and we have achieved that. The next objective is to top the group, and after that we will see who we face in the play-off round and then take it step by step from there," said Peart.

The institution's last schoolboy title was 10 years ago, and many feel that it is time Glenmuir's name start to resonate among the best of the best in rural area football again.

Peart believes it is not prudent to be talking about title aspirations just yet, as he is willing to take things in stages.

"Everyone has been patient with the team and I will say that this is a much more experienced team from last year, but still a young team. For me, it's all about patience coupled with hard work, because you need to be competitive and that is all that matters," Peart said.

Zone M leaders Glenmuir will go for their seventh victory when they close out the first round away against Denbigh High today, and Peart says he will be looking to fine-tune some areas as he gets ready for the next stage of the tournament.

"We have been doing well defensively by conceding only three goals so far this season, plus we have pretty much scored in every game. Heading into the next round against tougher opponents, the intensity of our game has to be raised to a higher level and we have to be consistent in our efforts and approach," he said.