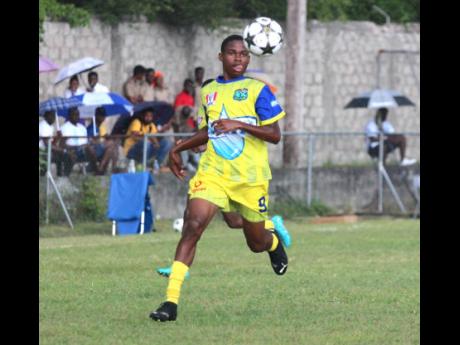 Clarendon College coach Lenworth Hyde jokingly chided his players yesterday, despite an easy 5-0 win over St Mary Technical which saw the team book their spot in the round of 16 in the ISSA/Digicel daCosta Cup.

Hyde wanted more than just the five goals his team scored under wet and soggy conditions at the Foga Road High school ground, and in the end, the tie finished 12-1 on aggregate following the 7-1 victory from the first leg.

Goals from Keheim Dixon in the 13th minute, Carlos Cooper in the 57th, Kristoff Graham in the 65th, Malachi Douglas in the 71st and Deandre Gallimore in the 85th, sealed the win for Clarendon College.

Clarendon College, according to some pundits, are the team to beat in this year's rural area schoolboy football competition but Hyde wants his team to remain focused on the task at hand, which is to take it game by game as the competition progresses.

"When you have people saying those things, that means we are doing something good. All we need to do is maintain our discipline and be humble about it and keep the players grounded and take each game at a time," said Hyde.

Only Garvey Maceo with 15 have scored more goals so far in the second round than Clarendon who have scored 12, and Hyde believes the team is getting even better as they continue to impress him with the style of play he has implemented.

"We are in good physical condition and the players are starting to show me that they understand how I want them to play. Right now, it is about the mental preparation because once they get that right, we should be good."

Clarendon College last won the daCosta Cup three years ago, and Hyde believes the current Champions Cup holders can rack up even more silverware this season.

"It is going to take discipline and we have to work hard. We have to keep the team together and I don't want no hype thing or indiscipline to get into the camp. The things you manage off the field, that is how you win a cup," added Hyde.