I no longer want to be a prostitute 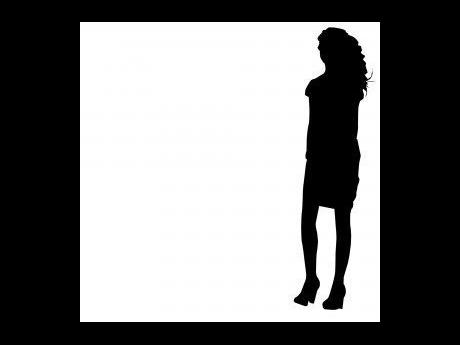 I am a 19-year-old girl and I am a Christian. I became a Christian six months ago. I used to work on the streets. One day I was on my way to work and I saw some people preaching, so out of curiosity I stopped to listen. It was really good preaching, so I decided to change my ways.

Those who were conducting the meeting invited me to church, so I went. I gave up the girls that I used to live with. They called me a fool. I used to make good money on the streets.

I was lucky to meet a guy who once paid me for sex. He recognised me in the Cross Road area, and stopped. I told him that I am not living that type of life anymore. He asked if I had a boyfriend and I told him no; he said he was single.

I went into his car and he took me for something to eat. Then he asked me if I would have sex with him and I said yes, but I really want to change. We had sex and he gave me $3,000. I didn't want to tell him that I didn't have anywhere to stay, but he figured it out.

Now I am staying with him but I can't be there for any long time because he has his girlfriend and she comes to see him anytime, and she has a key. He likes to do freaky stuff. He is afraid to ask his girlfriend to do these things.

My father lives in America and I have a visa. He told me that since I am not working, I should come and spend some time with him.

He doesn't know that I used to work on the streets. I did not think that I could be in love with anybody, but I am in love with this guy.

I want to go to be with my father, but I don't want to leave this guy alone. Every week he gives me money. He is a nice guy, but he tells me that I should go and come back if things don't work out.

My father is married but I have never met his wife.

My mother doesn't care about me. I hate her. Every time I go to church, I feel guilty because the preacher is always preaching against fornication.

If I am going to America, it would have to be by the middle of October, according to what my father said.

My father is hoping to get me into a school. What advice do you have for a girl like me?

I am glad you stopped and listened to the preachers. The message you heard had an impact upon you and now you feel confused because you would like to live a perfect life and that is not happening.

Everything isn't going to change overnight. One of your former clients is helping you. When he saw you in Cross Roads, he recognised you and he stopped. You are fortunate that he stopped because many guys, when they see prostitutes they have done business with on the road, would keep their heads straight because they are only needed to satisfy their sexual appetite and they pay them for their service.

This formerclient was willing to help you but at the same time, he wanted sex, he told you the truth. He cannot have a meaningful relationship with you because he has his girlfriend.

The best thing for you to do is to accept the suggestion of your father and leave this country as soon as you can. Your father does not have to know the type of life that you were living.

Go to him and tell him your struggles and that you would want to go back to school and that there is nothing here for you in Jamaica.

Concerning the preaching in the church you are now attending, don't condemn the preacher. If he is quoting from the Bible and he can back what he says with the Scripture, accept what he says.

Some of the things you said to me will be kept in strict confidence. Don't worry, nothing will be divulged. I understand why you hate your mother but keep strong. One of these days, your mother is going to come running after you. It will do no good for you to hate her.

Take good care of yourself.