Worried that my friend is sleeping with two men 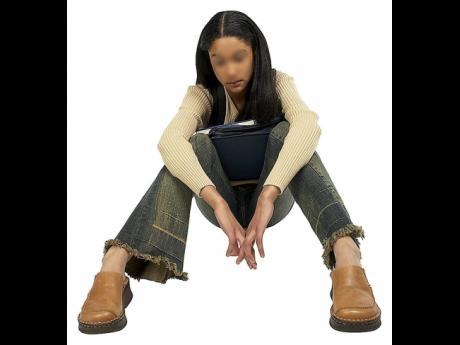 I am writing to you about my friend. I am worried about her. She and I have been friends from we were in primary school.

At age 17, she got involved with a soldier and when his girlfriend heard about her, they had a fight.

But, she and the soldier continued the relationship. Then, the soldier's girlfriend became pregnant, but my friend was at his house more often while his girlfriend was staying with her mother.

When my friend and I graduated from high school, the soldier bought her a new dress. On graduation night, she had to spend all night with him as payment for what he did for her. Now, he is pressuring her to have a baby for him.

Pastor, she is bright, but she does not like to study. All she wants to do is her nails and hair. My concern is that she got involved with another man and it is because she wants more money.

She comes to my house and tells the soldier guy that she is with me. The other guy picks her up from my house and they go out; he drops her back at my house.

Then she calls her boyfriend and tells him that he can pick her up because she is ready to leave.

She is helping her parents to do some work on the house. I told her that I don't like what she is doing, but sometimes I get some of the money that the other guy gives to her. He is a manager of a business.

She wants to put a car on the road and her older brother, who is not working, will run it as a taxi. I take the money that she gives me because I have plans and I am attending evening classes.

I don't want to let her down by talking her business, but she tells me everything. My mother asked me how many men she has because my mother sees these two men picking her up.

I had to lie and tell my mommy that one of them is her half-brother. What should I do in this situation?

I hope that this young woman will not get you into trouble.

The day may come when the soldier may realise that she is lying, and she is using your house as an excuse to do her wrongdoings.

So, I am warning you to be very careful that you don't get all mixed up. If it happens that he wants to hear from you, he may look at you as a bad girl and would not consider you to be better than your friend who is his girlfriend.

Although I would not tell you to abandon her totally, don't go anywhere with her because if people continue to see both of you together, they will think that you are just like her.

As a friend, you should continue to caution her about the type of life she is living. The problem with this girl is greed. She wants too much.

So, encourage your friend to keep only one man. She should decide which of the two men she loves more.