Involuntary celibacy and its link to violence 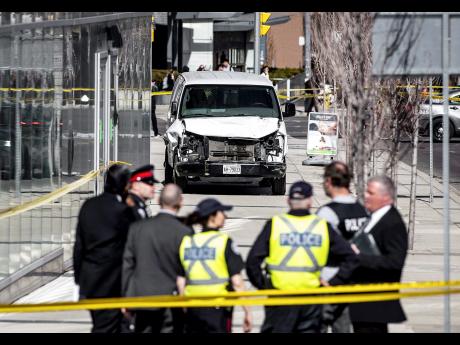 Police are seen near the damaged van used by the man in the Toronto killings in April. Investigations have showed the man identified with the involuntary celibacy or incels group, and had vowed revenge on all the women who had rejected him. (Aaron Vincent Elkaim/The Canadian Press via AP)

If you have been watching CNN, you would no doubt see that there have been multiple reports of mass shootings in North America.

The most recent was in a Texas high school last Friday. An analysis of the typical shooter has among other things, shown a very interesting conclusion - the individuals who commit this type of crime are white, heterosexual, lonely and blame others for their miserable lives.

These individuals are members of a growing group of people called incels. Incel is a shorter version of two words, 'involuntary celibacy'. Incels are unable to find a consensual sexual partner even though they are actively trying.

I came across an online movement who define themselves as being unable to find a romantic or sexual partner despite desiring one, a state they describe as inceldom.

Self-identified incels are almost exclusively male and mostly heterosexual. The Toronto man who killed 10 persons and injured others with his van is a part of this group.

In a Facebook post he indicated that he wanted revenge on all the women who rejected him. This is the typical mindset of an incel.

At this point, it's important to point out that not every incel turns to violence and the ones who do are a very small minority.

So what are the characteristics of the typical incel?

They are socially awkward - Their personal skills are very limited and they find it very hard to communicate with people.

They are usually hyper masculine - They see women as property that they get to use as they see fit.

They are self obsessed - They cannot understand why women are not interested in them since, in their opinion, they are a catch.

They don't take rejection well - Saying no to an incel is seen as a major occurrence. He sees they woman who rejects him as an enemy that he should get revenge on.

I find this group rather fascinating and I think understanding them is essential to preventing this violent streak that seems to be increasing.

There is still much to figure out including the way boys are raised and they way society still sees women. At this point, the violent incels are terrifying and a problem that must be addressed before more damage is done.