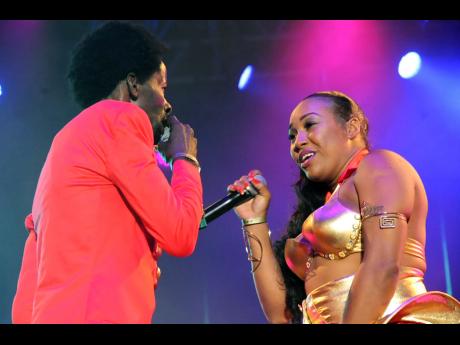 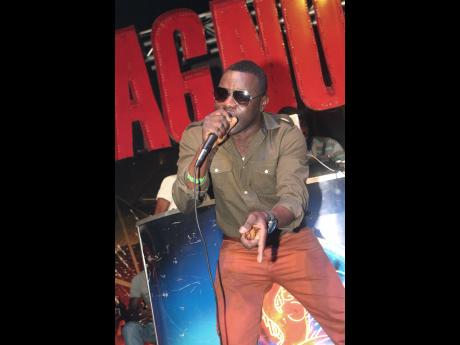 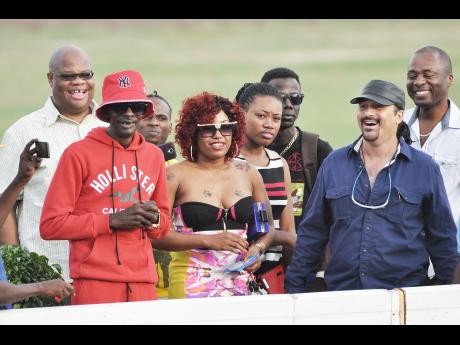 The song, which was produced by Chin's own Bop Dem Records, has been well received on social media, with even some persons crowing Chin as the 'female Vybz Kartel'.

apparently surprised by Chin's lyrical capability and even questioned if she was the writer of the song. However, she told THE WEEKEND STAR yesterday that she is more talented than many persons think.

"Dem get mi bringle because everybody a talk things bout mi man, so mi get mad and sey babes don't sey nothing, mi will ansa dem. A me write it and who nuh believe a me write it, dat a fi dem business because mi have more fi dem. I can be bad and classy too," she said.

Chin also says the song outclassed MC Nuffy to the extent where his response would hold no merit.

"Nuffy cyah come near this any day. If him try mi give him props, but him nuh good, him haffi guh send somebody fi represent him. If it even come to Sting, Laing would have to have him money tall up this year because mi nah war with just anybody and waste my time fi buss dem. If dem even wah bring dem army, mi have mine too. But as mi sey, dem money haffi tall," she said.

In the same breath, she rubbished Nuffy's threat that he would put an end to Gully Bop's career.

"Him cyah dead wi career. How come him nuh dweet yet? Right now, Nuffy deh America a beg people things and Gully Bop a fly out regular. Wi just come from Trinidad and tear down the place and Bop just fly een and a sleep," she said. Despite the biting words aimed at him, MC Nuffy said he will not respond to Chin.

"Mi nah look pan Chin nor Gully Flop. Afta Chin a nuh artiste, a Ce'cile a artiste. Yu nuh hear Kartel sey a one man fi a chat and a Nuffy dat. Chin nuh know nothing bout the business. She nuh deh pon mi forward list, yuh haffi talk about Ce'Cile wey a talk about me, and Matterhorn wey a talk about mi, and Vegas wey a talk about mi. Because Sting a come up, dem a try get back a forward. Right now, anything fly up outta road, mi just send Khago fi dem," he said,

Chin is not the only one who has released a song aimed at Nuffy, as her beau Gully Bop did a song yesterday called Kill Dem Wid Style.

Meanwhile, Chin says persons who wish to book Gully Bop may contact her at shaunabritish@gmail.com.