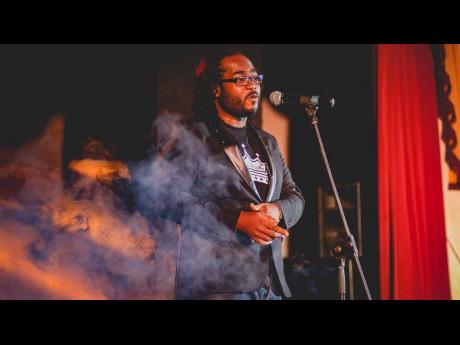 Rohan Lee is in a jubilant mood as he gets ready to launch his recently released spoken word album, Let Your Light Shine.

The album launch will be held tomorrow at the monthly Yard Vybes Open Mic series produced by Team Divulgees at the Whatsapp Crush Venue in Royal Flat, Manchester.

"I'm looking forward to my album launch; it's going to be a fantastic event. I want a lot of people to come out and share this wonderful experience with me. I also have to thank Team Divulgees for all the support they are giving me," said Lee.

Last Saturday, Rohan Lee performed at an event called Behind The Curtains, Captured Art at the Cecil Charlton Hall in Mandeville, Manchester.

"I had a great time performing at this event, my performance was very short; I did two poems The Voice of Knowledge and Thoughts. The response from the audience was very positive," said Lee.