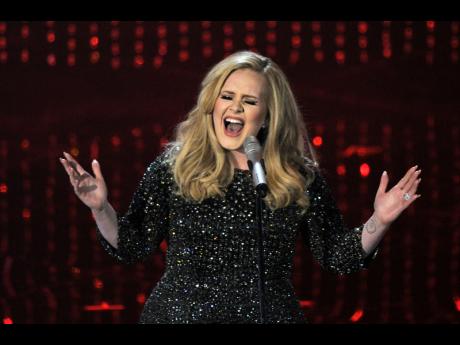 Adele’s “Hello” single has become the first song to sell one million tracks in a week. Her comeback track sold 1.11 million digital songs, setting a new record. Her complete album "25," will be released on Nov. 20. (AP photo/Chris Pizzello)

When Adele's "Hello"  was released a few weeks ago, it created history by becoming the most-watched VEVO video in 24 hours.

This week, Adele is saying 'Hello' to another record, as the song debuted at number 1 on the Billboard Hot 100 records chart in the US.

Billboard chart rankings are based on radio play, online streaming, and sales (physical and digital).

Adele's 'Hello' was propelled to number 1 because it  was downloaded 1.1 million times in the week ending October 22.

The song shatters the mark for most downloads sold in a week, previously held by Flo Rida's "Right Round".

'Hello' is also Adele's first song to debut at number 1 on Billboard, one of the most important record charts in the global music industry.

However this is Adele's fourth Hot 100 topper as she has topped the charts before with "Rolling in the Deep", "Someone Like You" and "Set Fire to the Rain."