The stars who beat Beyonce in 2015 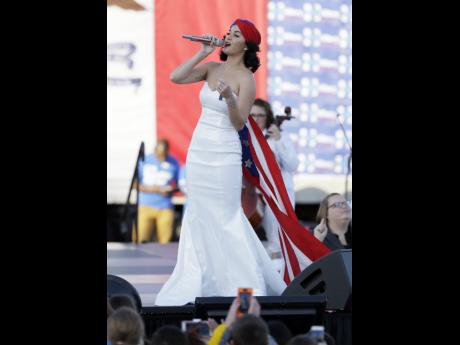 Queen Bey did not 'run the world' this year.

That's according to Forbes Magazine's Top-Earning Women In Music 2015 list.

It shows the top 10 female earners on the international music stage and named Katy Perry as the number one female earner, having made US$135 million this year.

"She grossed more than $2 million per city over the course of 126 shows in our scoring period, and added to her total through deals with Coty, Claire’s and Covergirl," Forbes said of the Roar singer.

They also credited Perry's success to her Prismatic World Tour, which is now winding down.

But the Teenage Dream singer isn't the only one who whipped Beyonce this year. Queen Bey came in at number 5.

See below for the stars who beat Beyonce in 2015 and the rest who made the top ten of Forbes Magazine's Top-Earning Women In Music 2015:

Fleetwood Mac Performs on The Tonight Show. (Photo via thereviewal.wordpress.com)