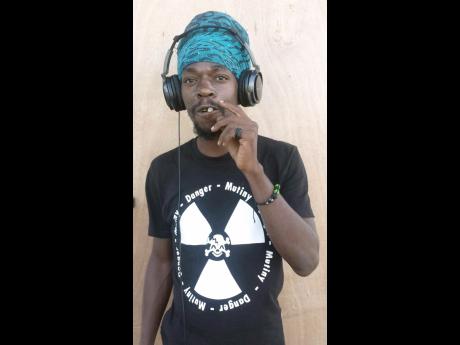 St Ann recording artiste Avalanche is happy with the

initial reaction to his latest

The rhythm also features Khago and Gappy Ranks, who himself is a recording artiste. "I was in the UK and Gappy Ranks Production is doing well and we had a meeting and they told me they had a hot rhythm out," Avalanche said.

Avalanche said he went into the studio not knowing what he was going to sing, but once he heard the rhythm, an idea hit him. In less than an hour, Unity was written.

"Unity is doing very well, first we dropped the song in the streets. It a do well. It a get a lot of reception. People see me and say, 'Avalanche', yuh ting a do well - even radio personnel. When we talk about Unity, it's important because the world need unity right now with what's going on with world leaders, yuh know," he added.

The recording came about by chance as Avalanche was in the UK promoting another single, Love The Youth, on the More Warriors rhythm, which also features Lutan Fyah.

Avalanche describes 2015 as his brightest year yet and is anticipating an even better 2016.

"For 2016, I'm looking to do a lot of shows. Travelling is in the making as well. Right now I expect this song, Unity, to take me places because me and Gappy Ranks just have a meeting about doing some tours. It bright fi 2016 and beyond for Avalanche."