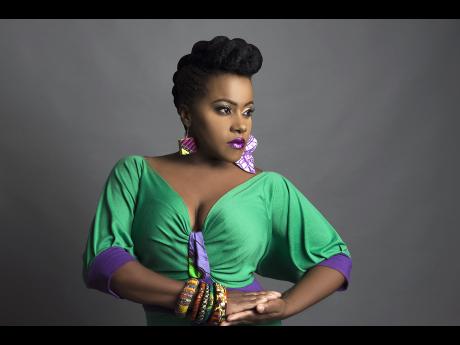 Reggae songstress, Etana and organisers of a New York charity event are now at loggerheads after the entertainer failed to make an appearance at the show.

The benefit was held in Queens, New York, on November 27 and was hosted by social media blogger and Dancehall Connections TV host, Tina Chin, in partnership with the Zion Kids Foundation led by president, Roxanne Little.

Etana and Chuck Fenda were advertised as the headline acts, but according to Chin, Etana was a no-show.

Chin took to Facebook on Tuesday to bring the situation to the public, stating that, on top of not turning up for her performance, Etana and her management team have also refused to refund monies paid to secure her performance.

"Attached is the original acceptance to my request for your entertainer Etana to be a part of my charity event which was scheduled for November 27, 2015," the post read.

"You, however, failed to honour the initial agreement and since you have reneged on your part of the agreement, I am asking that you refund all expenses already paid out to you prior to your entertainer's scheduled appearance."

Since Chin made the issue public on social media, Etana's husband, Andre Morris, who is also the artiste manager/director of Freemind Music that manages Etana, has come forward to set the records straight regarding the incident.

In a release sent to the STAR, he explained that Etana did not perform because the event was poorly organised and that the organisers did not live up to their end of the contract.

Morris said that there were only "25 people at the event" and that there was hardly any mention of the charity's aim during the first opening minutes of the event.

"I am always willing and ready to give back," Etana explained in the statement. "But I see now sometimes it's best to not be so quick and ready to be associated with every charity.

"Of all the charities I have ever done, none has been this disorganised."

But Etana's management also said they do not understand why Chin would be upset because they did not have a contractual agreement with her, noting that the appearance contract was with Roxanne Little of Zion Kids Foundation.

"Both Tina Chin and Roxanne Little were advised they could not pay me US$2,000 for a performance. They agreed to just have me, Etana, appear at their event, that is, show my face and be there," the release said.

Meanwhile, Little, who said she was only a sponsor and not the promoter of the show, told the STAR that the matter has been turned over to the attorneys of both parties, as she wants a refund of her deposit and money used to book round trip tickets for both Etana and her husband.