Raytid happy with 'My Days' 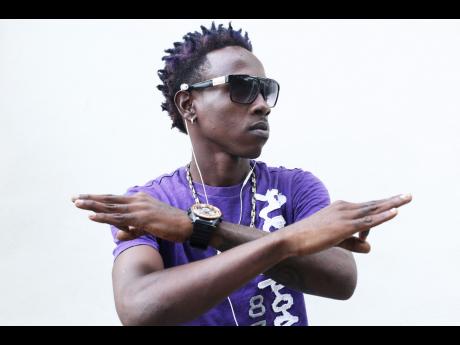 After storming on the dancehall scene with the female anthem 'Blah Daff' earlier this year, dancehall artiste Raytid has proven his versatility with 'My Days'.

The song was recorded for TJ Records on the Tears of Joy rhythm which also features Vybz Kartel, Demarco, I-Octane, Jah Vinci, Shawn Storm and Vershon.

Although he is seen by many as the 'rookie' on the rhythm, Raytid's song became one of the favourites both locally and internationally, prior to its official release on iTunes recently.

According to Raytid: "It has been one of my dreams to be on a riddim with Vybz Kartel. To see the responses, it's a joy, trust me!"

A lot of persons heard My Days and did not know it was recorded by him, but Raytid is not surprised at the gravitation of the crowd towards the song. "My Days a something weh everybody can relate to. From you know bout struggle and determined to get a better life, you a go like it," he said.

Raytid said he has worked hard to be where he is right now, and is very thankful. "I won't leave out the girls no time at all, but I have to let my fans see that I can do more than just gyal songs," he said.

The video for My Days was shot in his community of Kingston 13, and is set for release soon.