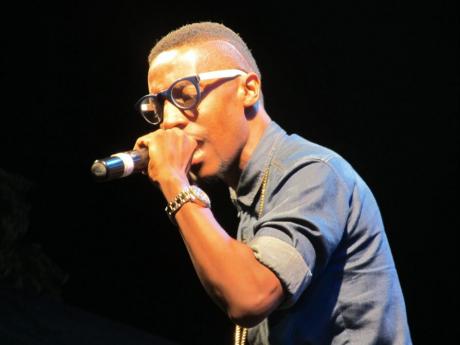 The collaborative piece was written by Omari and JFam and was produced by Kenyan producer Saint P, who has produced for several African artistes.

The effort came about after JFam contacted Omari to add his vocal dexterity to the track. The connection not only resulted in the dance anthem, but also made way for Omari's first visit to the continent in December of 2015 for a guest performance on the largest gospel event in Kenya, Groove Party. The seventh staging of Groove Party was held in the Safaricom Stadium, owned by Kenya's leading telecommunications network, Safaricom.

On December 31, Omari and JFam had the packed stadium of over 45,000 'waving' as they enjoyed the fusion of Jamaica and Kenya on one stage. Omari also performed his popular hits, Help, Jehovah Guide Me, Step, Keep Moving, Live Up and several others.

"Performing in Kenya was truly life-changing and I was very happy to not only spread my culture but also to bring the gospel to a most significant part of the world, the motherland," Omari said. "I look forward to not only returning to Africa but also to continue the work with my brother, JFam."

The video for Wave was also shot at the Groove Party with additional scenes captured from the streets of Kenya. Omari will tour with international gospel artiste Papa San this month. The tour will take the two across the Tri-State of the US for a series of shows.